DONNA SUMMER 100% UNCENSORED - ON HER RISE, DIVAHOOD, DISCO AND HER GAY FANS

Donna Summer remembers the day she discovered Love to Love You Baby was number 2 on the Billboard Hot 100 Chart. She was returning to from in 1975 and was being picked up at the airport by the late Neil Bogart, the Svengali behind Casablanca Records.

"I was elated!" Donna Summer tells me. "I got off the plane and stepped into the limousine. Neil closed the door and we heard the first beats of Love to Love You Baby come on the radio."

Then Donna Summer begins to sing Love to Love You Baby to me on the phone. I just about die and go to disco heaven.

"The driver had no idea that song was mine," Summer laughs. "The song became a smash!" 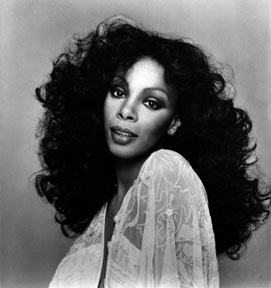 So big, in fact, that Summer singlehandedly brought disco out of the gay and black underground nightclubs into the mainstream, becoming the ultimate disco diva of the era.

But Summer was always more than just disco.

The Boston-born beauty learnt her vocal chops singing gospel music in church, then auditioned – along with 300 other aspiring singers – for a part in the musical Hair in NYC. She won a role in the German production, moved to and became a huge star in .

Then she met producer Giorgio Moroder, the man who recorded Love to Love You Baby (with lyrics by Donna); 1977′s monumental I Feel Love, the gay anthem that laid the groundwork for the techno revolution of the ’80s and ’90s; and 1979′s number 1 disco duet No More Tears (Enough Is Enough) with Barbra Streisand.

The rest, as they say, is history, and Summer went on to sell over 130 million records.

Summer left Casablanca for Geffen Records – going from the hands of one Svengali (the late Neil Bogart)  into another’s (David Geffen would pair Summer with producer Quincy Jones) – after she won the first-ever Grammy Award for Best Female Rock Vocal for Hot Stuff in 1980.

"Awards are not important in and of themselves," Summer says, then jokes, "Though I do pick up a bottle of water sometimes thinking of getting a tenth Grammy!"

"The real animosity between rock and disco lay in the position of the straight white male," music critic Peter Braunstein once astutely opined in the Village Voice. "In the rock world, he was the undisputed top, while in disco, he was subject to a radical decentring. Only by killing disco could rock affirm its threatened masculinity."

Along the way the disco backlash claimed many careers. 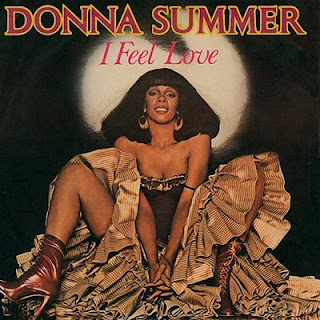 For Summer, the attack was double-barrelled. In the early 1980s an urban myth claimed Summer made anti-gay remarks, that AIDS was divine retribution from God, and many gay clubs banned her music.

Summer issued a press statement in 1984 denying any homophobic statements. But in 1991 New York Magazine printed a two-paragraph item in their gossip column rehashing the rumours, concluding "it’s incomprehensible that she won’t retract those statements."

Summer sued the magazine for libel for $50-million and settled out of court.

"It was awful, especially since none of it was true," Summer says today. "But I can’t hunt these people down. In this business people write stuff about you all the time and I can’t control everything."

Today Summer continues to embrace her gay fans. But what is it about Donna Summer that gay men love? Is it the big voice? The big personality? The big hair?

"People ask me this all the time and I tell them it’s not about how I look," Summer replies, "It’s that I love you back. It’s about love. I have an ability to bring gay and straight people together [at my concerts] and [it's] all about the love." 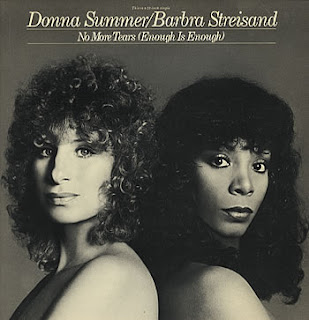 In 2008, 17 years after the New York Magazine battle of 1991, the same year she recorded her last album of original music, Summer released Crayons (Burgundy Records/Sony BMG), her critically hailed album of original material that featured the number 1 Billboard dance hit Stamp Your Feet and the aptly named track The Queen Is Back in which Summer name-checks her old hits On the Radio and Love to Love You Baby.

"I’m poking fun at myself," Summer says. "The title is tongue-in-cheek!"

But Donna Summer – who turns 64 this December, has three children as well as three grandchildren ("I’m a grandmom!") and whose most recent single To Paris With Love topped the U.S. Billboard Dance Chart in August 2010  – admits she can be something of a diva.

"I think I’m a diva in the theatrical sense [on stage]," the Queen replies. "But not in my personal life. There is a big separation between who I am and what I do, and I do it well."