This interview with Kate Clinton originally ran in the August 2015 issue of Fugues magazine.

I was checking out trailblazing queer stand-up comic Kate Clinton’s website the other day and came across some fabulous blurbs on her media page, by such LGBT icons as Lily Tomlin and Tony Kushner.

Then, tucked neatly between Tomlin and Kushner, I was surprised and delighted to read one of my own Three Dollar Bill column quotes about Kate: “The woman is a goddess.”

It’s no secret I worship the ground Clinton walks on: The former elementary school English teacher – with her always-reassuring voice – did stand-up for the first time in 1981 on a dare, and has since headlined nightclubs and festivals around the world, and always as a proudly out woman. 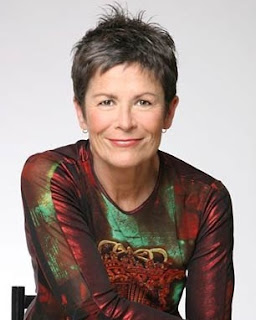 Without Kate Clinton, there is no Rachel Maddow, no Rosie O’Donnell (whom Clinton also used to write for on her old TV show), no out Lily Tomlin, no Ellen, no Gina Yashere or DeAnne Smith. As Kate herself once said, “Lesbian humour isn’t trying to sell anything, it doesn’t have to sell out. Coming out as a lesbian on stage is still a very political act – if it weren’t, more women would do it.”

I first met Kate – who turns 68 on Nov. 9 – when I hosted a public Q&A with her at Montreal’s downtown Chapters bookstore during her summer 1998 book tour for her first collection of essays titled Don’t Get Me Started. I was young and nervous and Kate – a personal hero of mine – put me at my ease and made me feel like a million bucks. “Richard – don’t stop!” Kate wrote in my copy of her book Don’t Get Me Started.

For nine years (until Montreal’s alt-weekly Hour magazine folded in 2011) I wrote my annual Kate Clinton column, a tradition that has migrated here. Earlier this month I caught up with Kate, who is headlining her all-new show Hello Katey! A One Woman Pussy Riot at the Crown and Anchor in Provincetown until Sept. 12.


On the eve of this summer’s Gay Pride parade in New York City, Kate, like other Americans, was celebrating the U.S. Supreme Court ruling legalizing same-sex marriage across America, not to mention the Stonewall Inn being named a historic landmark.

But now Kate is looking to the future and is excited by the prospect of Hillary Clinton becoming the next president of the United States.

“She and I both share the same last name and are the same age and I can tell you I am ready to kick some ass! She’s ready too,” says Kate. “In my lifetime I would like a woman president. There are many women stars coming up, but we need to get that first one in and I think Hillary can do it.”

Kate met Hillary Clinton a few years ago when Hillary was Secretary of State. “It was at a dinner and my dear partner [LGBT activist and author Urvashi Vaid] was talking to Hillary about international stuff, I think about child trafficking. And I sort of horned in and said, ‘Hey, this is what I’m worried about: I’m really worried about your jet lag! Every time I look at a plane I think of you!’ And she goes, ‘Tell me about it!’ In person she’s earthy and very real.”

Kate’s spouse Urvashi Vaid – currently Director of the Engaging Tradition Project at Columbia Law School’s Center for Gender and Sexuality Law, and who also serves on the Board of Directors of the Gill Foundation – won her recent battle with breast cancer.

In her June 2015 essay in the New York Times, Kate writes about the couple’s recent move to their new home: “The decision to move was chemo-induced. My dear partner had just finished a sabbatical from life-as-we-knew-it in Cancerland. It had been a year of diagnoses, mastectomies, chemotherapy, radiation and waiting rooms. Our large world had become small. As treatments ended and side effects lessened, life began to expand again. We re-emerged but did not trust our decision making: We who were adamantly for marriage equality for others, but absolutely not for ourselves, got married.”

“It’s now behind us, she finished the radiation two years ago,” says Kate. “Urvashi told me six months ago she finally feels like her old self. Then two months after that, I thought, ‘Wow, so do I!’ Many women go through it and I have a new and knowledgeable respect for the sorority of women who are going through breast cancer and how they take care of each other.” 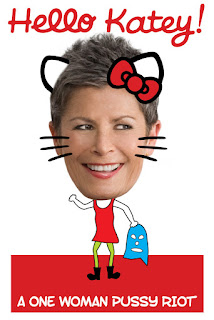 Work helped Clinton get through the darkest days.

“That hour I was onstage was completely glorious because I knew what I was doing,” says Clinton.

This summer at the Crown and Anchor, Kate Clinton fans from across the country greet Clinton after each show. But the days of signing autographs are mostly gone.  “It’s all different now because everybody does selfies,” Kate says. “The days when they would just take photos of you were faster, but now they have to be in the pictures! Young people can do it in a nanosecond, but older fans – Oh my God!”

Kate and Urvashi are P-Town regulars and have bumped into many familiar faces this summer. “The wonderful John Waters flies by on his bike, Michael Cunningham is in town, and lots of Broadway babies have come to town, like Bernadette Peters,” says Kate.

Clinton laughs when I jokingly ask her if gay hoteliers Ian Reisner and Mati Weiderpass – widely-derided by the LGBT community for hosting a dinner for anti-gay Republican Senator Ted Cruz earlier this year – have been spotted in P-Town. After all, in June, the Sip-n-Twirl gay bar in Fire Island asked Weiderpass to leave the premises, to the delight of the bar’s other patrons.

“I was just thinking this morning, wow, how out of it are they that they thought [hosting Cruz] wouldn’t be slightly offensive,” says Kate. “And their apology [to the LGBT community] was one of those that managed to say fuck you!”

That gay life is now widely accepted across North America has a lot to do with trailblazers like Kate Clinton. She points to “all of the people who took that step of coming out, then it just became a tipping point.”

But Clinton helped lead the way. When I ask her what it’s like being a living legend, Kate laughs, then says, “It’s always about the outfits, isn’t it?”

Then she adds, “I am so grateful that I have been a part of it, and that it became what we thought it could be.”

Kate Clinton headlines her all-new show Hello Katey! A One Woman Pussy Riot at the Crown and Anchor in Provincetown until Oct. 17. Surf to www.onlyatthecrown.com. Surf to http://kateclinton.com/ for more Clinton.