The BBCM is revamping its Black & Blue Festival with its upcoming move to the cutting-edge L’Arsenal space in Montreal’s historical Griffintown neighbourhood, for the famed circuit party’s 23rd edition this October.


Some 5,000 people danced the night away on three dance floors in Montreal’s Palais des Congrès last year. The all-night circuit party’s attendance peaked in 1999 when 17,000 partygoers packed B&B’s dancefloor in the outfield of Olympic Stadium.

“We are excited to begin a new era of events with the selection of L’Arsenal as a major innovative space,” says Black & Blue president and co-founder Robert Vezina, “a great way for BBCM to increase the success of the Foundation and the generated proceeds in order to help community groups.”

The Black & Blue Festival this week also announced its new major partnership with the Priape group as a Principal Title Sponsor, which  follows the recent announcement of its major partnership with New York’s Saint at Large. “Our new partnerships with Priape and The Saint will help us reach our goals,” says Vezina, pointing out the event will be re-geared towards the gay tourist jet setters from all over the world, with a focus on the U.S.A.
Read more »
Posted by Three Dollar Bill at 14:16 No comments:

50 YEARS OF LGBTQ HISTORY IN 5 MINUTES 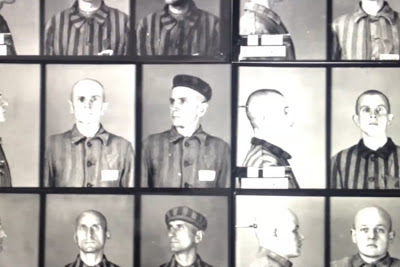 NYC-based gay activist/artist Leo Herrera has edited more than 50 years of video footage to create a fascinating time-capsule of the LGBT community’s journey over the past five decades.

The 5-minute video collage is called The Fortune Teller, took six months to pit together and consists of 100 clips carefully chosen by Herrera.

“The story is told through the trance of The Fortune Teller (played by Stanley Frank) and created using archival and modern footage,” Herrera explains on his website. “The film is a documentary and time capsule, paying homage to psychedelic films of the 1960′s and the modern art of the YouTube Montage film. From Mapplethorpe to Lohanthony, Uganda to Burning Man, Vogue to Sissy Bounce, AIDS to The Berlin Patient, meticulously edited clips create a kaleidoscopic five-minute journey through more than 50 years of gay history.”

Read more »
Posted by Three Dollar Bill at 23:33 No comments: