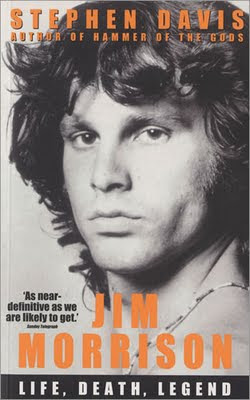 May 20, 2013 UPDATE: The Doors keyboardist and founding member Ray Manzarek died of cancer today around 3:30 p.m. ET at the RoMed Clinic in Rosenheim, Germany, surrounded by his family. He was 74. Manzarek spoke with Three Dollar Bill a few years ago about whether Jim Morrison was really bisexual. As always, Manzarek gave good quote. RIP.

I was dealing with my own closet when I was 15 years old back in 1981. I was a student in a tough Montreal-area high school packed with 4,500 other teens when I read the sensational, over-the-top Jim Morrison bio No One Here Gets Out Alive. I even sported a Morrison-circa-1967 haircut. That same year Rolling Stone put Morrison on their cover with the banner headline, “He’s hot, he’s sexy, he’s dead.” I remember looking at Jim and thinking, “I wouldn’t mind sucking his dick.”

But Jim was straight, so he might as well be dead. I mean, you couldn’t pick up a book or magazine without reading how many women the Lizard King fucked before his heavy drinking prevented him from even getting it up. But after reading Boston-based rock biographer Stephen Davis’s 2004 book Jim Morrison: Life, Death, Legend, I was not surprised to discover that Morrison was, in fact, a closeted bisexual.

Davis writes that Morrison copped Marlene Dietrich poses (aha!) while posing in his leathers in the early days of The Doors, and Morrison’s girlfriends often bitched that he liked to take them up the ass. (Gives new meaning to the Doors’ cover of Willie Dixon’s Back Door Man, doesn’t it?)

“He really preferred women from the backside,” Morrison friend Miranda Babitz explains in Life, Death, Legend. “[Morrison’s longtime girlfriend] Pam [Courson] was pissed off about that, but she stuck with it. It was part of the reason she was always snarling at him. One time when [I was] living in her apartment with them, she got pissed off at him because she thought he was running around with someone else, so she took his favourite vest that he liked to wear onstage and wrote FAGGOT on the back of it with a Magic Marker.”

It wouldn’t be the last time Courson called Morrison a faggot. 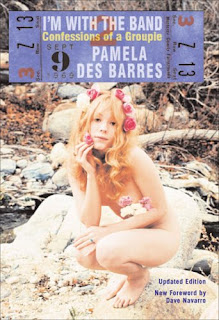 Rumours of Morrison’s taste for men made the grapevine when he hung around Andy Warhol’s Factory crew. “I first heard about Morrison’s bisexuality on the street in New York City on the off, off outer fringes of Warholism,” Davis told me after his Morrison bio was published. “You never knew what to say because they said everybody was gay.”

What is beyond dispute, though, is Morrison’s affair with a Hollywood hustler in June 1968. Davis writes that Morrison “reportedly had a fleeting relationship with a well-known male prostitute who worked along the strip. This hustler then tried to extort money by threatening to expose Jim’s secret sexual habits. Jim’s lawyer, Max Fink, arranged for a meeting between the hustler and an intermediary, who was a private detective and leg-breaker. The hustler was left bleeding and missing teeth in an alley behind a motel near the Los Angeles airport, and the blackmail attempt stopped.”

Meanwhile, Elliot Tiber, the fabulous gay man who made Woodstock happen (Ang Lee’s 2009 movie Taking Woodstock is based on Tiber’s own memoirs), met Morrison at a NYC party. “Morrison was stoned and he and I messed around a bit,” Tiber told me. “He definitely strayed.”

Morrison, as everybody knows, was an angry young man. (He was just 27 when he died of a heroin overdose. His dealer, Frenchman Jean De Breteuil—who also supplied Keith Richards and sold Janis Joplin her fatal dose—fled to Morocco with his then-girlfriend Marianne Faithfull, where they told my friend Roger Steffens, now the chair of the Grammy Awards reggae committee, what really happened that fateful night. Scroll down for that complete story.)

Anyway, Morrison’s efforts to subvert authority make all the more sense when you consider that in those pre-Stonewall days there wasn’t an alternative to the closet. I tell Davis I believe Morrison’s anger was fueled by his inability to deal with his sexuality.

“I think that’s astute,” Davis says. “I didn’t really think of that. I think he had [more of] a heterosexual life than a homosexual life. His heterosexual life was so public. There were likely quite a few boys. I’m going with my gut: why wouldn’t Jim Morrison be gay and so what if he was?”

When I interviewed Pamela Des Barres on the eve of her 60th birthday, Pam —author of the classic tell-all I’m With The Band: Confessions of a Groupie, and the supergroupie who had affairs with Mick Jagger ("He made androgyny acceptable"), Jimmy Page ("One night he gave me mescaline and didn't take any so he could be in control") and Keith Moon ("I'd have to recuperate for two weeks after he left town, he was so outrageous!")— told me, "I never witnessed Jim being bisexual, never even heard rumblings of it. [But] he was so fucking stoned I don't think he even knew who he was with at a certain point in his life. He couldn't even see. We'd see him staggering down the street and he'd fall down and nobody would even pick him up.”

Meanwhile, Doors keyboardist Ray Manzarek hates Davis’s book. “Woof! This is a strange story by a weird guy turning Morrison into an Oliver Stone-like stranger,” Manzarek told me over the phone from his Los Angeles home back in 2004. “I don’t know the Jim Morrison he writes about. There are some things that are true. Why the guy wrote this book I have no idea unless he wanted to get into that supposed bisexual action himself. It’s Freudian.”

Davis shoots back, “I was doing a radio interview [to promote my book] and one of the DJs said, ‘Ray Manzarek is really slagging your book and no way was Jim bisexual,’ and I didn’t know what to say. Well, bring it on, Ray.”

Manzarek tells me, “If Jim was a bisexual I never saw him with a beautiful young man as [Hollywood gay hustler turned literary icon] John Rechy would write. I read City of Night—it is Hollywood, after all. I had no awareness [of Morrison’s alleged bisexuality]. I always saw him with girls.”

That, of course, is the problem with the closet, whether one is gay or bisexual: you only know what you see.

I have no doubt Morrison loved men as much as he loved women, but I give the last word to Manzarek, the man who discovered Morrison and to this day maintains the myth of the Lizard King. “I never had sex with Jim,” he says, “and you know what? Neither did you. But what a fine and thick member he had!”

How did Morrison really die? My good friend Roger Steffens, chair of the Grammys reggae committee and nicknamed Ras Rojah by his old friend Bob Marley, met the French count Jean De Breteuil in Morocco (Steffens summer job in 1971 was to paint the Marrakesh chateau owned by De Breteuil’s mother).

Anyway, De Breteuil – a 22-year old heroin dealer who fancied himself a “dealer to the stars,” supplied Keith Richards and sold Janis Joplin her fatal dose of heroin – fled to Morocco with his then-girlfriend Marianne Faithfull the day after he sold Jim Morrison his fatal dose of heroin on July 3, 1971.

After De Breteuil arrived at his family’s chateau, he told Steffens about Morrison’s overdose. As Roger explained it to me, "I thought he was full of shit because there was nothing in the international press yet."

The next day Morrison’s death was all over the news. As for De Breteuil, he would die of a massive heroin overdose later that same year. He was 22 years-old.
Posted by Three Dollar Bill at 19:57