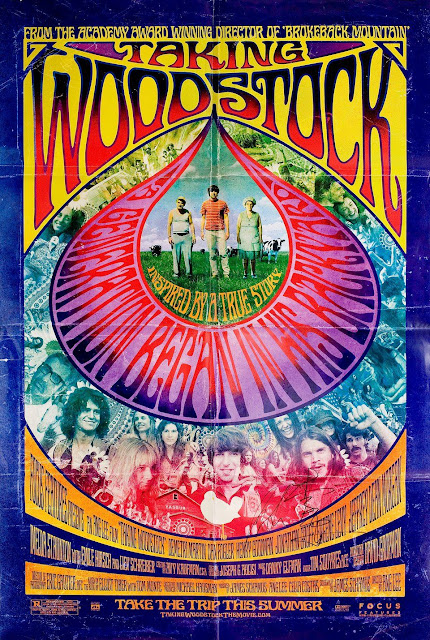 I have wanted to interview Elliot Tiber for years because I have loved everything about – especially the world’s first woman rock star, Janis Joplin – since I was an ugly-duckling teenager in high school.

“Richard Burnett is a faggot!” someone once scrawled in huge black-marker letters on my locker door at Montreal's south-shore MacDonald Cartier Memorial High School in 1982 when the sprawling complex had over 4,500 students.﻿

The schoolyard was a war zone. But Janis – who’d been nominated for “The Ugliest Man on Campus Contest” at the 20 years earlier, back in 1962 – was queer too. So I felt better.


And it turns out Elliot Tiber, the man who made happen, is a fabulous gay man too.

“Just before I came out [in the early 1960s] there wasn’t even the word ‘gay’ and you were alone in the world, a freak of nature,” , now 76, recalls. “In I used to go to Lenny’s Hideaway, which was a speakeasy in a basement, and The Stonewall [], and they were mobbed up. It was all very scary."

Not only did – born Elliot Tiechberg (“My parents hated when I changed my name. My mom said, “Good riddance – I’m renting your room!”) – go to the Stonewall, but he was there when the Stonewall Riots broke out in the early morning hours of .

﻿“We barricaded the doors to keep the cops out, but when we realized we outnumbered them, we unblocked the exits and ran out onto the street,” writes in his 2007 memoir Taking : A True Story of a Riot, a Concert and a Life. “A group of us started yelling, ‘Gay power!’ Within seconds, the Stonewall Riot was underway...A bunch of us rocked a cop car back and forth, then overturned it. More people, gay men and lesbians, showed up to join us.”

“It gave me some feeling of power,” tells me. “I had never felt power.”

Ang Lee based his 2009 movie Taking Woodstock on ’s memoirs. The film picks up where (wonderfully played by comic Demetri Martin) moves back home to help his parents run their dilapidated Catskills motel, The El Monaco.

thought he could drum up business by introducing ’s producers to Max Yasgur, and offers the organizers the El Monaco as festival headquarters. When the festival’s permit is revoked, he gives them his own permit for his White Lake Music and Arts Festival.

The rest, as they say, is history.

“The whole town hated and they hated me,” says. “They still do.”

While we don’t see any of the era’s iconic rock stars in Lee’s movie, met many of them backstage, including Jimi Hendrix and Janis Joplin.

“I went backstage one night and there was Janis,” says. “She was an idol. Her her music played in gay bars all the time. She was falling-down drunk and stoned. So I helped her up. I also saw Hendrix and Joan Baez. All of them came to the El Monaco to shower and eat food.”

Incidentally, festival organizers invited The Doors to perform at , but the band turned them down. Robby Kreiger would later say, “We never played at Woodstock because we were stupid. We thought it would be a second-class repeat of Monterey Pop Festival.”

Jim Morrison, meanwhile, was busy making many enemies, including : One night at a party in NYC, he kept yanking her hair, bringing Janis to tears until finally she left. He followed her outside, stuck his head into the car and yelled at her. So Janis pinned him in the door with the window and broke a whiskey bottle over his head.

also met Morrison – who, like , was bisexual – at another NYC party. “Morrison was stoned and he and I messed around a bit,” says. “He definitely strayed.”

In that summer of Stonewall Tiber says there was also a visible gay presence at which, of course, the mainstream media has ignored right up until today.

“There were [tens of thousands of] gay kids there,” says. “You could see them. There was no housing, there was nudity and lots of sex going on. There was no homophobia that I was aware of.”

In fact, in Ang Lee’s movie, ’s character kisses “Paul” (played by Darren Pettie), a hunky carpenter helping build the stage. The kiss happens inside the packed El bar and is one of the hottest on-screen smooches in history. “That really happened!” Elliot says.

Culturally, the sixties didn’t really end until 1972 and by that time Hendrix, Joplin and Morrison were all dead. But that era’s generational war has morphed into today’s cultural war, one that the Woodstock Nation – anti-war and pro-abortion, and supportive of women’s rights, black civil rights and gay civil rights – has more or less won.

So I thank . He was there for both Stonewall and .

“I didn’t put the two [events] together until years later when they became iconic,” says. “Both Stonewall and gave me self-esteem and self respect. Before I was just a freak of nature.”

Elliot sighs. “When my dad died a year later, he held my hand and gripped it and told me, ‘You go on and lead your own life.’ It was amazing to hear that. had also changed my father.”
Posted by Three Dollar Bill at 12:11