THE WORLD OF HARVEY FIERSTEIN - WITH JOHN WATERS, SCOTT CAPURRO AND FELICE PICANO 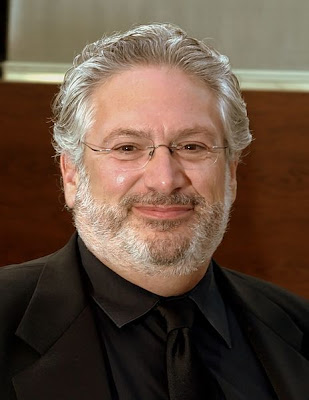 Bugs' column originally ran in the November 27, 2011, edition of his Abominable Showman column in The Charlebois Post.

Lord knows how many times I’ve (unsuccessfully) requested an interview with Harvey Fierstein, but I know many folks who’ve met and worked with the theatre legend over the years. And I’ve heard mostly good stuff. For which I’m happy because the gravel-voiced actor is something of an icon not just in theatre circles but in the gay community where his work – from Torch Song Trilogy to his adaptation of La Cage aux Folles on Broadway – have helped advance the cause of gay civil rights across North America.

So this week as The Vancouver Playhouse premieres its month-long run of La Cage, I dug up some of Fierstein’s most famous quotes – and blabbed about Fierstein with entertainers like John Waters and Scott Capurro, as well as literary legend Felice Picano.

You'll also find below a recent 20-minute Broadway.com interview with Fierstein in which he discusses his upcoming Broadway musical Kinky Boots currently in rehearsals (Cyndi Lauper wrote the music and lyrics) based on the 2005 Golden Globe Award-nominated British-American comedy film about a traditional British shoemaker who turns to producing fetishism footwear in order to save the failing family business and the jobs of his workers.

Fierstein’s first role in theatre was as an “asthmatic lesbian cleaning woman” in the Andy Warhol play Pork, which opened on May 5, 1971 at LaMama theater in New York for a two-week run and then was brought to the Roundhouse in London for a longer run in August, 1971. “So, did I work with Warhol?” Fierstein once asked rhetorically. “I worked with him less on that play then I did on other things. He actually did a portrait of my rabbit and some other stuff. Warhol was definitely... Warhol.”

If you can imagine Fierstein rolling his eyeballs, that’s because most folks who knew Warhol thought of him as a vampire who sucked the talent out of other artists for his own personal gain.

As John Waters told me a couple years ago when I asked him his thoughts on Warhol, “I didn’t meet Andy until I made Pink Flamingos [in 1972]. I’d met a lot of the people in the movie business but I hadn’t met him because he’d been shot [by Valerie Solanas in a 1968 attempted murder] and I didn’t want to meet another bunch of lunatics! Andy invited us to screen the movie at the Factory. When it was over he told me, ‘Wow, you’re going to make the exact movie again’ and asked what I was doing next. He said, ‘I’ll pay for it.’ It was Female Trouble. And I know why [I refused] – it would have been Andy Warhol’s Female Trouble.”

Like most folks, beginning with fabled NYC poet John Giorno (“I was the Factory's first superstar and he was getting rid of me,” John told me over lunch once. “It was the beginning of a pattern for Warhol”), Fierstein moved on. “Pork was in 1971, and I stopped hanging out at The Factory by like 1973,” Fierstein says.

His Tony-winning play Torch Song Trilogy – about an effeminate Jewish drag queen who adopts a gay teen – is really a collection of three plays rendered in three acts: International Stud, Fugue in a Nursery, and Widows and Children First! Before it opened at the Richard Allen Center in October 1981, the book was published by my mentor Felice Picano, The New York Times bestselling author of Like People in History whom I call The Godfather of Gay Lit.

(Incidentally, Felice isn’t just a literary legend – he is a world-class name-dropper like me. And I’m still determined to get Montreal’s Blue Metropolis International Literary Festival to host a historic panel with the three remaining living members of the Violet Quill – Edmund White, Andrew Holleran and Felice – which my buddy, playwright Brad Fraser has told me he’d love to host!)

Like his Tony-winning musical La Cage aux Folles (the music and lyrics were written by Jerry Herman and the book was written by Fierstein based on Jean Poiret’s 1973 French play of the same name), Fierstein says, “I’m not adverse to the idea of Torch Song as a musical. It would just be different. Because the play will always be there exactly as it was, and in a musical you could tell a lot of the story through songs.”

Besides his leading role in the film version of Torch Song Trilogy co-starring Matthew Broderick and Anne Bancroft, Fierstein also appeared in the 1996 Robin Williams vehicle Mrs. Doubtfire, playing Williams’ makeup-artist brother opposite his on-screen partner and real-life stand-up comic Scott Capurro. When I first interviewed the acid-tongued Capurro in 1997, he had nothing but nice things to say about Williams and Fierstein – but nothing nice to say Hollywood’s “Black Pack” (which consisted of Magic Johnson, Arsenio Hall and Eddie Murphy) just weeks before Murphy dropped his $5 million (U.S.) libel lawsuit against the National Enquirer for that tabloid’s eye-popping cover story headlined “Eddie Murphy’s Secret Sex Life—His Transvestite Hooker Tells All.”

Openly-gay Capurro – like Fierstein – is ferociously out and last time we blabbed, Capurro told me, “I was a closeted comic in Los Angeles for three years and I hated it. I don’t know how [comics like] George Wallace do it without talking about being gay. [Comic actor] Anthony [Clark of the old CBS sitcom Yes, Dear]—he’s queer. I don’t know how he does it.”

Fierstein would go on to make headlines dressing in drag in the Broadway musical adaption of the 1988 John Waters film Hairspray, playing the role of Edna Turnblad, first made famous by the late, great Divine in the original film. Discussing Divine’s talent as an actor, Waters told me, “Divine once passed a lie detector test, when he passed bad cheques! He passed a lie detector test and I think that was brilliant acting!”

When it comes to drag, Waters added, “After Divine’s death I don’t think anybody did it better than him.”