(December 11) Rarely has a mother been more prescient than RuPaul’s mom, who, when Ru was born on November 17, 1960, told her nurses at Mercy Hospital in San Diego, "His name is RuPaul Andre Charles and he’s gonna be a star! ‘Cuz there ain’t another motherfucker alive with a name like that!"

The rest, as they say, is herstory.

Today drag lovers worldwide know the RuPaul story, and everybody else has seen it on A&E’s Biography. But the rise of RuPaul really began in 1987 with her arrival in NYC.

"My first Wigstock was 1989. I was there when Lady Bunny did drag for the first time," RuPaul told me. "Now it’s a drag queen festival. But it used to be a bohemian thing. Drag for me was a commentary on life. ‘You mean I’m not supposed to do this? Well, fuck you.’ Then I found out I could make a lot of money doing it."

RuPaul was voted "Queen of Manhattan 1990" by NYC club owners and did a scene-stealing cameo in the B-52′s Love Shack video. Envious of the Billboard success of her friends Dee-Lite, she recorded her own album, 1993′s Supermodel of the World. When the album topped the charts worldwide, Elton John came calling with his duet Don’t Go Breaking My Heart and RuPaul landed gigs hosting her own VH-1 TV series (The RuPaul Show on VH1) as well as top-rated morning-drive radio shows in both L.A. and NYC. Today, RuPaul  is a speaker for CAA, and host mentor and judge on the enormously popualr RuPaul's Drag Race on LOGO and VH-1 (watch the Season 4 promo clip below).

Along the way, RuPaul also became the "First Face of M.A.C.," raising $22-million to fight AIDS during her six years with the Canadian cosmetics company.

Still, RuPaul’s favourite moment was watching television with his mom when Rolling Stone writer Kurt Loder introduced RuPaul the supermodel, her first time ever on MTV.

"No one predicted I could make a living out of this except me and my [late] mother," RuPaul says. "My mother was a real rebel. She was Creole from New Orleans and our family was from Nova Scotia. I believe my life lessons [growing up] as a black man helped me deal with the adversity of life as a drag queen."

Grabbing life by the balls


RuPaul – called a sissy by neighbourhood kids – has come a long way from the basketball courts of his youth. "There was a minute I was sort of good with basketball, but I could never deal with nasty attitudes [on the court]. Those boys can be nastier than the meanest queen."

All these years later, RuPaul remains disappointed many people still haven’t learnt that we’re all in this together, even in the gay community. "We are more segregated today than we were years ago," RuPaul quips. "I remember there was such optimism at my first Gay Pride in 1982. That optimism has diminished and I have promised to help bring it back."

"I took a hip-hop class in San Francisco and afterwards I told the story of Stonewall, a subject very dear to me because it was those queens who had the guts to throw that first brick [at the police]. It’s my goal to never let those brave drag queens be forgotten. That type of tenacity is what led this movement from the very beginning. That type of tenacity is lacking today. That’s why the [gay liberation] movement is so fucking lame right now."

Many point the finger at RuPaul as a symbol of the mainstreaming of gay culture. But radical Ru – who notes the men he dates have "usually dated women because they are men who see outside the box" – is having none of that. 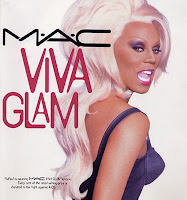 "Our culture still can’t creatively get beyond two men loving one another. The last taboo for humankind has to do with men playing with girls’ things and men loving men. We can’t move forward. We are at a standstill."

RuPaul adds, "I know the difference between American League and National League baseball. But I have to explain the difference between transsexual and transvestite all the time. Our culture has a vested interest in not understanding us. It would unseat their belief system so much they’d have to reformat the whole fucking computer."

Still, gay life isn’t always obvious, even to those closest to us. Once, on Oprah, RuPaul explains, "My sister Rozy said she didn’t know [when they were younger] that I was gay and Oprah was like, ‘Really? Come on!’ I also just assumed that everybody knew."

Today, if there’s anyone left who doesn’t know that RuPaul – now immortalized in Madame Tussaud’s Wax Museum – remains the world’s number one supermodel, well, let’s get one thing straight:

"I love dick!" RuPaul tells me, and then lets out a big, hearty laugh.