FACING THE ENEMA: TAKING IT UP THE ASS (CLEANLY)

How do I know it was a straight person?

Well, frankly, fags don’t invent words like "manscaping." We invent terms like "Betty Bouffant" (someone with big hair), scare-do (a hairstyle that frightens children and the elderly), and Scare-ella (an unattractive person). 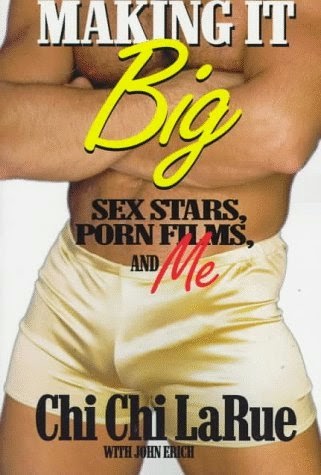 "Your people really don’t like body hair," my father cracked when he attended his first follicle-free Gay Pride parade many years ago.

(And when all he saw were twinkies and steroid queens guzzling from Naya bottles, he quipped, "Doesn’t anyone drink beer anymore?")

I clip my chest and groin, and I wax my back, especially if I’m going to the pool. Last week at my Kuwaiti waxist, I was not surprised to learn that her number of male clients getting wax jobs is on the rise.

I even referred a straight friend (Hi Max!) to her after he e-mailed me. "Hey Bugs – not to stereotype or anything, but… I need to get waxed for the beach (going on vacation on Sunday). Any place you can recommend that, um, services guys?"

Actually, speaking of male hygiene, with the amount of barebacking going on at the tubs and via online connections these days, if you’re stupid enough not to use a condom, there’s more than just AIDS to worry about. If your partner is bottoming out and hasn’t douched, you may get "painted brown", and that’s just plain disgusting.

Lucas continues, "You know that pulling out now could be disastrous. What do you do? …Do you say something? Or do you continue to fuck, ignoring the big brown elephant that’s just squatted in the middle of the room?"
Frankly, especially if you’re a professional bottom, it behooves you to clean out your ass before going on a first date, or making the rounds this Pride season. Show a little pride in yourself and buy an enema at your local drugstore.

(And while you’re at it, buy some lube and condoms. Yes, some assholes still don’t use lube or condoms.)

If you’re going to buy a Fleet Enema with the watery solution already in it, you can’t use it more than once every 24 hours. If you need to douche often, I suggest a rubber enema that you can fill with warm water yourself. Fill it up and squeeze, and keep repeating the process until the water coming out is clear.

Which brings me to my favourite douche-bag story.

"Things were crazy on the set that day, and no one ever explained to [the rookie] how to fully complete a douche," LaRue notes. "So this guy, the poor thing, filled his butt with water and thought he was supposed to hold it in! No one had ever told him that you’re supposed to let it go and leave it all in the toilet!"

LaRue continues, "So he comes out and starts his scene and, as he’s getting fucked, the top (who shall also remain nameless, as shall the film) pulls out of his ass, and everything comes pouring out! Water, shit, the works. It was a catastrophe, the top freaked out, and the poor bottom was humiliated. I did the best I could to reassure him, but actually I was fighting not to die laughing. On the upside, the guy eventually went on to a successful film career."

I never did find out who the actor was, but I do know one thing: If you crap on your first date, you’ll never see him again.
Posted by Three Dollar Bill at 11:38