ON THE ROAD WITH MELISSA ETHERIDGE, PLUS HER POOL PARTIES WITH ROSIE, ELLEN & KD 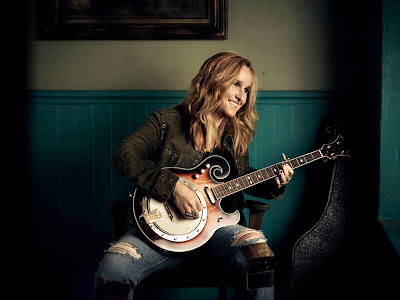 Bugs’ interview with Melissa Etheridge originally ran in the October 2015 issue of Fugues magazine.
Three Dollar Bill: Your new album This Is M.E. is a departure for you. What did you want to do with this latest album?

Melissa Etheridge: The change started in 2013 when I changed management, agencies and lawyers. I changed my whole scaffolding. I needed fresh ideas. The music business was changing. I knew there was a place for me and a lot had to do with own creative independence. So we decided to release an independent record. That means I’m in total control. It’s all up to me. At that point I decided I wanted to go so far outside the box that people would say ‘Whoa, what’s this?’ Yet at the same time stay in the centre, so as to always be me. When you hear these songs, when you hear these great productions around them, you still hear my guitar, my harmonica, the words are mine. It’s me in a kind of new and different car.


What an incredible month June was for LGBT folks in America: The Stonewall Inn was declared a historic monument, the U.S. Supreme Court legalized gay marriage on June 26, and the White House was bathed in the rainbow colours. What was that week like for you?

I still get choked up when I think about it. It was a moment in a world where we are trying to change society’s hearts and minds. There have always been homosexual people in different cultures, and to think the U.S. Supreme Court said, ‘Boom! You can marry in all 50 states.’ That was a signal that we as a people have agreed that gay marriage is a human right. It puts people who have a problem with it, it makes it their problem. They can no longer dictate to us. And the rainbow colours (on the White House) announced it to whole world.

You crossed over bigtime during the early 90s lesbian chic period, with Cindy Crawford and k. d. lang on the cover of Vanity Fair, and Ellen DeGeneres’ 1997 “Yep I’m Gay” cover of Time. And in between it was all about you. What was that heady era like for you?

It was a very exciting time. Now that I look back upon it – we never knew it at the time, we were just scared and trying to make it in the entertainment business – at the time there were pool parties at my house with Rosie and Ellen and kd and all of us were hanging out. And we talked about what it might be like if we all came out. We were (already) so out within the industry and to all our friends that it just made sense that we would cross the line. We did. And each time we did it made us all reexamine our lives. In doing so, each of us united a whole community and hopefully gave other gays the strength to come out. Because that’s what changes the world, our coming out.

Your public coming was splashed across magazines and newspapers around the world. How difficult is it for high-profile celebrities like yourself and Caitlyn Jenner to maintain a modicum of sanity when the world is watching your every move?
The only way you can is to be confident in yourself. It really forces you to look at every choice you make. Everything you say. It’s taught me to be completely truthful and tuned into what I am representing in myself. You can’t be messy. You really got to be responsible otherwise it’s going to bite you. I have always tried to live that way. There are things I wish hadn’t been in the press, but there it is. You can’t just open up to the good stuff.

I remember when you and Julie Cypher were on the cover of Rolling Stone in January 2000 with David Crosby, who is the father of your daughter Bailey and your son Beckett. Was your going public a way to manage the message?

Yes, for the safety of my children. This was at the turn of the century when all of a sudden the tabloid magazines really kicked into gear. Everything – the tabloids, the Internet – the whole game changed. I was never going to tell anybody who my children’s father was. It was none of their business. Yet secrets are what people are after now.

In October 2004 you were diagnosed with breast cancer, and underwent surgery and chemotherapy. Was breast cancer the biggest fight you ever fought in your life?

I don’t actually look at it as a fight, but as an awakening about my body. I have a holistic belief about my cancer. I believe deeply that it is a symptom of my body being out of balance. The cancer showed me I was out of balance in my diet, my stress. All of these things I had to change. And I did. I’m healthier now than I ever was, two years cancer-free. It was not so much a battle but a gift. It changed my life. I have never been happier and healthier.

You took home the Oscar for Best Song at the 2007 Academy Awards for your song I Need to Wake Up from the documentary film An Inconvenient Truth. What was it like to win an Oscar?

It’s as amazing as you think it would be. Your mind kind of goes woooooah. All dizzy and crazy. The high is still pretty great.

What is the most funny or crazy or scary story you have of performing onstage?

I have so many. Each time someone asks me this question, my rolodex just goes brrrrrrr!!!! I have stories, from the time I fell off the stage...

Yes! Let’s hear that one!

Well it was in 1994, I was playing Jones Beach Amphitheatre in Long Island outside of New York City, there was 20,000 people and at the end of the show I was touching peoples’ hands and there was a clutch of people pushing forward. I got nervous and stepped to the side and right off the stage! My security guard just picked me up and put me back onstage. Then I said good night to everyone, embarrassed as hell. I had a huge bruise for a while.

Yeah, I think where the whole trans community is leading us is to an understanding that there is no solid line between male and female. There is a nature within each of us, each of us have male and female. We dial that knob and live our lives in that way. To understand that it is not the gender, it is the identity inside. In other words, I support trans women attending Michigan. To deny people because they were born with a male gender, that’s totally going against (what we stand for). We want to integrate the feminine in all human beings. We (also) want men to embrace it on all levels, to understand the feminine. That’s what is going to bring peace on Earth. And we got to start this with us. We have to be the ones who make the change.