Montreal soul singer Wayne Tennant has been out to his close friends and associates for a long time, but this year Tennant decided to take it a step further: Publicly come out as a proud gay man in song and in interviews. In our candid Q&A, the gifted entertainer – who grew up on a diet of Prince, Michael Jackson, Terrence Trent D'arby, David Bowie and Stevie Wonder – looks back on his music career, the showbiz closet and his upcoming new album. 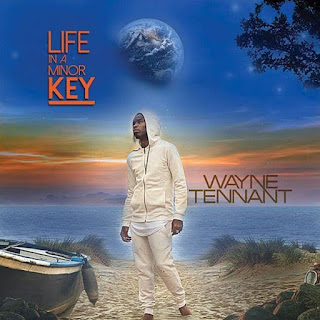 Three Dollar Bill: Since the release of your debut album Life in a Minor Key in 2015, you have released a pair of singles that embrace queer sexuality – the video for your June 2017 single Crash features same-sex couples dancing and sharing their love, and in your new single Bend, you sing, “I keep on bending/ always for you/ I keep on bending/ always/ for you / Cissy boy wearing a skirt.” In the song it also sounds like you are asserting your own gay sexuality.

Wayne Tennant: I wasn't necessarily asserting my sexuality in Bend but more so embracing it.  The chorus “I keep on bending / always for you” was basically expressing that for a long time I was the one always trying to please family or society rather than embracing my own individuality to the point of my own ultimate happiness. The opening line to the second verse – “Cissy boy wearing a skirt” – was a clap back at an insult that was made to me long ago when I embraced my sexuality.

In regards to me coming out, I’ve always known who I was and the people closest to me knew. But in terms of merging my sexuality with my music, this is a coming out in a certain respect.  I thought it was important to do so as songwriting for me is an art. It also means that if I was going to grow as a songwriter and stand out as one, I would also have to go to some places that were uncomfortable.  I believe that music is a powerful and healing tool that can make a positive difference in this world and often times it’s used to shed light on dark issues. It’s an educational tool in my mind.

You have been in the music business for a long time. Why do you think gay performers are encouraged to stay in the closet, and – while your closest friends always knew your truth – why did you wait to publicly come out until now?

I often think the music business is built on the machismo idea that it is always about the straights. Anything else outside of that is deemed as not normal and ultimately not acceptable. (Being gay is) viewed as weird and simply not cool and that brings on a lot of pressure to either pretend and be silent on the issue. For me, though, I decided to be more forthcoming on issue when I realized how lucky I am to be in a country where I can be free. I also saw that I could inspire people who are living in fear of prosecution both in and outside the music business. Life is short and I’m not here to live for other people – I’m here to discover who I am and live my best life. Some people don’t get the chance to do that.

Have you had moments as a performer in less tolerant countries where you have had to be careful about being openly gay?

I've had moments where I had to be really careful, like in my native country of Jamaica. It’s commonly known that Jamaica is one the most intolerant countries when it comes to homosexuality. I had not been home for a long time when I got the opportunity to back up Snow who was a pop dancehall sensation back in the 90s. I found myself under extreme pressure to be extra macho in front of his whole crew and it was exhausting and scary at times. I got through it and bowed out of backing him up any further.

You cite so many influences – from Bowie to Van Hunt. What is it you look and listen for in a performer?

Passion and vulnerability.  My favorite performers always kept me out of my seat, so to speak. It could be just where they were embodying a lyric to the point where their voice was about to break or just hearing the tenderness in their voice that could make me cry. That for me is what makes some of best artists out there. I also love good-old-fashion songwriting where you have beautiful chord changes with dramatic climaxes, and people like Babyface and Prince did that for me.

There is that wonderful movie 20 Feet From Stardom about some of the world’s great back-up singers. You have performed with the likes of Divine Brown and Ivana Santilli, though I don’t consider you a back-up singer. But similarly, at the age of 42, I feel you are asserting yourself more strongly today.

I learned a lot from working with Divine Brown and Ivana Santilli years ago. They provided me with the tools to become what I am now.  Right now, I feel my time is now because I am not getting any younger and the music industry is changing ever so quickly and I must seize as many opportunities as I can get because the competition out there is fierce. There are many things I want to do with my career. Ultimately I want to leave an indelible mark on the industry like the greats of yesteryear.

What new projects do you have on the horizon?

The focus in the next few months will be to tie up all the songs for my next album tentatively titled Bend which will come out late Spring 2018. I would also love to tour (the new album) next year and keep growing my fan base.

You launch your new single Bend with a hometown concert at Petit Campus on October 23. What can concert-goers expect to see and hear at your show?

You will hear me with a full band, and there will be a raw acoustic breakdown of songs I penned earlier on in my career. It will be emotionally charged, vulnerable, with no lack of passion. I plan on performing like my life depended on it.