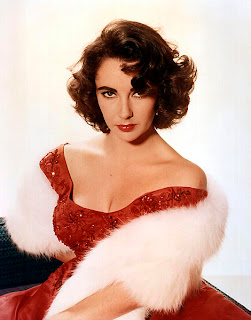 
Elizabeth Taylor's stormy love affair with Richard Burton will always be synonymous with Montreal, the city where they first got married, back on March 15, 1964, in suite 810 of Montreal's Ritz-Carlton Hotel.

The Taylor-Burton wedding contract was drawn up by renowned Montreal notary Lionel Segal, who a couple years earlier also notarized the wedding contract of yet another British Empire glamour couple, my parents, Gordon and Liliane Burnett.

During this era my British banker dad was the assistant manager of the CIBC branch at Expo 67 before becoming known locally as the "King of Chabanel" at the height of Montreal's schmatte business in the 1970s.

Meanwhile, my Mauritian mom's Robin Hood politician father - Felix Laventure, who not only refused a diplomatic posting, but was eventually forced into exile by the British - had words with Montreal's Catholic Archbishop because the Catholic Church refused to marry my parents since Dad was - wait for it - a Protestant.

A deal was struck and my parents were married in Montreal's swanky Berkley Hotel, a couple doors over from the Ritz-Carlton, where Taylor and Burton were married.

"It was early March 1964 when I received a phone call from Edward and Max Bernfeld, a father-and-son law firm, wanting an immediate meeting with me in absolute privacy," Segal explained in a story about Elizabeth Taylor - who died at age 79 on March 23 of congestive heart failure - that Segal wrote for the Montreal Gazette. "I was a young notary at the time, in practice since June 1960, and I had no idea what these lawyers wanted from me, although I knew them well and thought they might have a client wanting to purchase a major piece of real estate in Montreal.

"It turned out they had been advised by Lou Herman, an attorney in Toronto, to arrange to have a marriage licence issued in Montreal for Elizabeth Taylor and Richard Burton, who planned to marry as soon as possible."

Segal continues, "At the time Mr. Burton was in a stage play in Toronto, and they were having trouble obtaining a marriage licence there because they were both in the midst of obtaining divorces in Mexico, she from Eddie Fisher and he from Sybil Burton. I had obtained from the authorities in Quebec the right to issue marriage licences, which dispenses with the publication of banns prior to any marriage.

"At the time, civil marriages did not exist in Quebec, and neither did divorce, except by going through the Senate. Marriage was handled by religious authorities."

Bestselling Hollywood biographer William Mann in his 2009 biography of Taylor, How to Be a Movie Star: Elizabeth Taylor in Hollywood, writes that the Montreal wedding was "the climax of a red-hot, two-year romance that had left two continents scorched in its wake. The beaming bride, her hair braided with white Roman hyacinths, wore a gown of yellow chiffon designed by Irene Sharaff, who'd done her costumes for Cleopatra."

Like my mom, whose childhood friend Jackie committed suicide because he could no longer bear living as an out gay man in Africa, many of Taylor's closest friends were also gay men - iconic actors Montgomery Clift, James Dean, Rock Hudson and Roddy McDowall.

"Elizabeth Taylor wasn't a fag hag, but in a beautiful way she was," author William Mann told me the week his Taylor biography shot up the New York Times bestseller list. "She loves camp and bigger-than-life personalities. She's always been ahead of her times. At 18 she told Monty Clift, 'You will find a man to love someday.' That was in 1951!"

Five years later, Taylor cradled Clift's bloodied and broken body after he smashed his car into a telephone pole after leaving her Beverly Hills home during the filming of Raintree County.

"History has always tried to imply they were secret lovers, but that's bullshit," says Mann, who also wrote the awesome 2004 must-read book Behind the Screen: How Gays and Lesbians Shaped Hollywood. "From the start they were close friends. Remember, she was 14 when they met and he was this hero to her. He was a rebel. He taught her you didn't have to be a slave to the Hollywood studios."

About Taylor's relationship with her gay Giant co-stars James Dean and Rock Hudson, Old Hollywood starlet Noreen Nash recently claimed Taylor and Hudson had a bet on who could seduce Dean first.

"I don't know if it's true," says Mann. "At first Elizabeth didn't like Dean at all because he was a method actor. She thought he was ruining her takes and was full of himself. And there was a rivalry between Dean and Rock Hudson. But by the end of the shoot they had become friends."

In fact, very close friends. Following Taylor's death, author and former Interview magazine editor Kevin Sessums, whom I interviewed in TDB a couple of years ago, revealed in The Daily Beast that Taylor told him, "I loved Jimmy. I'm going to tell you something, but it's off the record until I die. Okay? When Jimmy was 11 and his mother passed away, he began to be molested by his minister. I think that haunted him the rest of his life. In fact, I know it did. We talked about it a lot. During Giant we'd stay up nights and talk and talk, and that was one of the things he confessed to me."

Two years later, in 1958, when Taylor filmed Cat on a Hot Tin Roof with Paul Newman, she understood the gay subtext of the Tennessee Williams Pulitzer Prize-winning play because, Mann says, "Her second husband Michael Wilding was gay. So she knew exactly what Maggie was dealing with."

Of Taylor and Roddy McDowall - also famed for his weekly Hollywood "salons" where he invited Old Hollywood and New Hollywood stars for brunch every Sunday for decades ("Nobody does them anymore and nobody did them like Roddy," Joan Rivers once told me) - Mann says, "They were girlfriends."

And how much did Liz love Rock Hudson?

Well, when Rock died of AIDS in 1985, at the peak of AIDS-fuelled homophobia, Taylor threw caution to the wind and, as Mann told me himself, "became the single greatest force in the fight against AIDS... Unlike so many celebrities today - today every celebrity has to have a cause - Elizabeth stood up because someone had to."

Taylor founded the American Foundation for AIDS Research in 1985 and later also established the Elizabeth Taylor AIDS Foundation. Then, back in April 2000, America's Gay and Lesbian Alliance Against Defamation presented Taylor with GLAAD's Vanguard Award for promoting gay equality.

"It's the first award I've received from a gay organization and I'm honoured and just tickled," Taylor said in her acceptance speech. "I started my activism in the '80s when a new disease emerged that was quickly and inexplicably killing people. Worse than the virus there was the terrible discrimination and prejudice it left in its wake. Suddenly it made gay people stop being human beings and start becoming the enemy. I knew somebody had to do something. For God's sake, our president didn't even utter the word for years into the epidemic. So I got involved."

Taylor continued, "All of my life I've spent a lot of time with gay men - Montgomery Clift, Jimmy Dean, Rock Hudson - who are my colleagues, coworkers, confidantes, my closest friends, but I never thought of who they slept with! They were just the people I loved. I could never understand why they couldn't be afforded the same rights and protections as all of the rest of us. There is no gay agenda, it's a human agenda."

So it should come as no surprise that when Taylor went out for a drink, she went to her favourite gay watering hole, The Abbey, in West Hollywood.

In fact, Taylor's last public sighting was here, on Thursday, September 11, 2008, when she reportedly enjoyed a reportedly "sizable" martini. Then she was wheeled out through the hushed crowd to a waiting, blacked-out sedan.

"At The Abbey she [was] treated like a queen by all the queens," Mann told me.

Following Taylor's death on March 23, news reports that the anti-gay Westboro Baptist Church was going to picket her funeral were overshadowed by news that Taylor has reportedly left the bulk of her $600-million fortune to AIDS charities. According to Fox News, Taylor's famous jewellery collection - worth an estimated $150-million in 2002 - will be auctioned off to benefit the Elizabeth Taylor AIDS Foundation and amfAR.

In the coming weeks, expect more biographies on Taylor to be published, including one by my colleague David Brett in the U.K., who told me a couple years ago he had already completed his bio of Taylor, which was to be published posthumously. Taylor once famously said of Brett, "He's a shit but a lovable shit."

Brett's biography of Taylor will of course describe the Burton-Taylor wedding in Montreal that made the front page of newspapers around the world. "In 1964 Elizabeth Taylor was bigger than Princess Diana," William Mann says. "Nobody was bigger."

But I leave the final anecdote about Taylor - a genuine hero to the gay community - to my friend and New York Times bestselling author Felice Picano, the man I call the Godfather of Gay Lit. The last time we blabbed I asked Felice, "Who is the most glamorous movie star you have ever met?"

Instantly he replied, "Elizabeth Taylor! I was walking along the dock with my partner [Bob] on a hot Saturday afternoon at Fire Island Pines in '82 or '83 and we heard a voice above us say, 'Do you have food there? I have liquor!' So we looked up at the very top of this very big yacht and there was Elizabeth Taylor! We went up, she was alone on the boat - evidently the others had stepped out while she was napping - and we had some snacks and a drink with her.

"She was really very nice," Felice said, "and she had really purple eyes."