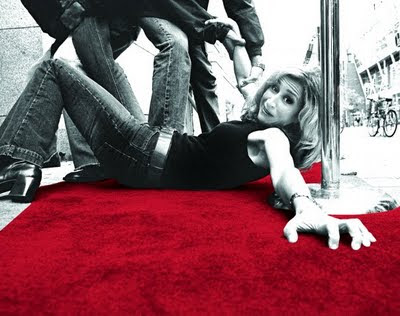 Our Maggie works the red carpet! (Photo by Andrew McNaughton)

(May 19) If I were a dyke I’d go down on Canadian comic Maggie Cassella! She’s funny, sexy and I love her trailblazing all-gay comedy festival, We’re Funny That Way, which turns a whopping 15-years-old next year! But as if being a stand-up pioneer isn't enough, this year my buddy Maggie (and her business partner Heather Mackenzie) launched one of the hottest new venues in Toronto called - wait for it - The Flying Beaver Pubaret! 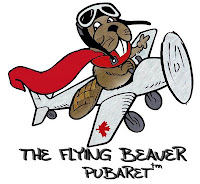 The joint serves food and drink on the pub side, and serves up live shows on the cabaret side. "Our wait staff brings you food and drink and does everything for you except go to the loo!" Maggie says. "And we’d do that for you too if we could because we’re aiming to give some great customer service!"

But what I want to know is the funniest/craziest/scariest story that's happened to Maggie or one of her performers at the Beaver since it opened?

"You don't have enough room in this column for the reality show that has been our first eight weeks!" Maggie tells me. "Let's just say having the Hazmat unit there before we even opened was both scary and funny. Oh, and I now have 15 minutes of new material."

As for We're Funny That Way, Maggie says, "I'm massively busy but I am looking forward to the 15th WFTW next year. Hoping to do a doc update with David Adkin, and [this year] we're doing our first WFTW Foundation Golf tournament on July 27!"

Maggie will also headline The Post Office Cabaret in Provincetown during Women's Week in October.

As for Canadian PM Stephen Harper's Conservative Party majority win on May 2, how does Maggie feel? "Afraid," she sighs. "Very afraid."