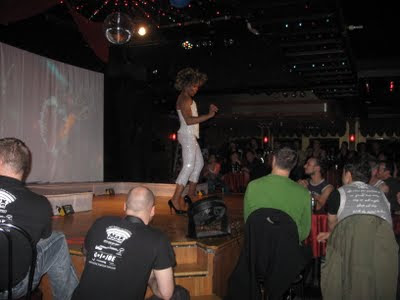 (June 20)  When Prince Charles pitstopped at the Black Watch on Montreal's Bleury St. during his December 2009 visit to Canada, local burlesque dancers greeted His Royal Highness with posters that screamed "Save our Queen, Cleopatra!" and "Save the Queen of the Main!"

The Queen of the Main is, of course, Café Cleopatra, the last remnant of Montreal’s mythical red-light district that was slated to be expropriated and bulldozed to make way for new Montreal city council-approved Hydro-Québec offices.

While Café Cleopatra owner Johnny Zoumboulakis challenged the city expropriation in court, the strippers continued to gyrate downstairs. And the drag queens continued to ply their trade upstairs, which has been a showbar since 1895.

"When I first arrived in Montreal, I witnessed some legendary drag queens perform here," Brazilian drag queen Cantelli – who does the fiercest Tina Turner impersonation east of Vegas – told me in a 2009 Hour magazine cover story.

Cantelli follows in the footsteps of such Montreal drag legends as Vicki Lane, Lady Brenda, Vicki Richard, Twilight, Farrah, Black Emmanuel, Gerry Cyr and Michel Dorion. "Just look at this place, at these dressing rooms – it would be terribly sad to see this living history disappear."

Cantelli also told me, "I challenge [Montreal] Mayor Gérald Tremblay and his team to visit Cleo’s on any night he wants and I’ll perform a command performance to show him why Montreal must save Café Cleopatra."

Tremblay never took Cantelli up on her offer but, as my colleague Marty Patriquin reports in the June 20 issue of Maclean's magazine, "That Cleopatra’s sign still advertises strip-teaseuses and spectacles continuels between glimmering lights (along with two stark naked lasses beckoning patrons to come inside) is a testament to Zoumboulakis, who recently fought off a two-year expropriation campaign on behalf of developer Société de développement Angus. Already, SDA has bought out all the businesses (save for an electronics store and a Chinese restaurant) on the west side of what is known as the Lower Main, and plans to turn the area into condos, office towers and an entertainment complex where strippers and drag queens won’t likely be on the marquee."

More importantly, Patriquin points out, is Cleopatra's "was something of a saving grace, and the idea of appealing to both a straight and gay clientele is revolutionary, says queer issues columnist Richard Burnett. 'Having both clienteles is pretty unique,” says Burnett, who writes the blog Three Dollar Bill. “Even today, venues in the gay village aren’t that open. It was also an important venue for transsexuals, who weren’t made to feel welcome, even in the gay community.'"

It’s clear Cleopatra’s has seen better days, but owner Johnny Zoumboulakis – a fabulous guy who buys me a shot every time I walk into the joint – refused to let Montreal Mayor Gérald Tremblay do to the Main what NYC mayor Rudy Giuliani did to Times Square.

But even by the 1970s, it was already the end of an era. The legendary Casa Loma, a popular hangout for the Montreal mafia that stood on the corner of St-Laurent and Ste-Catherine, was closing. As early as 1959 the Casa Loma presented legendary drag queen Guilda (she’s now 87), who was billed on the marquee, "Guilda & Sa Troupe – La Reine Des Immerdeuses."

Meanwhile, no author has done more to spread the Main’s grimy, no-holds-barred reputation to all four corners of the globe than the late bestselling American spy novelist Trevanian, whose 1976 novel The Main has sold millions worldwide.

"The Main – a honky-tonk world of pimps and hookers, runaways, hustlers and thieves!" the paperback cover screams. "A world where violence and brutality are a way of life – and death." 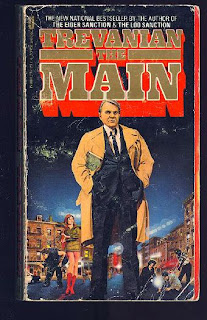 Cleopatra’s is the last hold-out from that era. That building is living history.

"It was one of the first underground places I ever went to, and for [drag] extravaganzas it was the place," Montreal pop and drag icon Mado La Motte, whose Cabaret Mado in the Village is now this city’s undisputed drag emporium, told me back in 2009. "Cleo’s is a little quiet today, but it used to be the place to impress your straight friends!"

But now that Johnny Zoumboulakis has won his fight – with the very vocal support of such local groups as Save The Main, STELLA, Glam Glam Productions, Club Sin / Fetish Weekend organizers and such wonderful burlesque performers as Velma Candyass – another generation will get to experience the thrill of what Montreal's old red-light district used to be.
Posted by Three Dollar Bill at 19:39