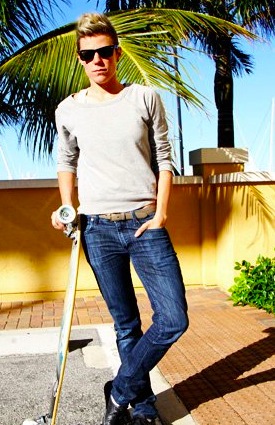 I wrote here last month that the term "post-gay" was coined to describe a world where Gay Pride and Gay Villages no longer matter. In a widely published 2007 Associated Press story headlined "Gay Villages disappearing," NYC author Don Reuter, researching a book on the rise and fall of a dozen U.S. gay neighbourhoods, rhetorically asks, "What makes these neighbourhoods gay? Not much."

Reuter predicts that outside large gay meccas like New York, San Francisco and Montreal, neighbourhoods with a significant gay presence will not survive - including, Reuter contends, gay communities in New Orleans, Philadelphia and Seattle.

But even in Montreal the times they-are-a-changing. The reason? Entire cities have finally become our playgrounds. Nowhere is that truer than Montreal which because of its enormous number of gay citizens, has both a healthy Gay Village and bustling gay scene outside the Village.

And as of today, Montreal can list The Royal Phoenix Bar (5788 St-Laurent, corner Bernard) as its first gay bar in the city's bohemian Mile End district.

"We felt the need for a queer venue in Mile End, a daily watering hole, a drop-in kind of place in a neighbourhood where there are a lot of gay parties," says Royal Phoenix GM Val Desjardins (she also co-ordinates the Faggity Ass Fridays night at nearby Playhouse). "We wanted to create a stable place for the community outside the Village."

This is how much the gay scene has changed and grown up. "We're opening up the definition of what queer means. We've also got plasma TVs for sports fans, we clear the tables for dance parties, we're teaming up with other neighbourhood [gay event] promoters to create new nights, not just at Royal Phoenix. This is not just for 'hip' people. We're here for everybody."

Royal Phoenix's grand opening is June 17 beginning at 5 p.m. They will then be open seven days a week from 5 pm to 3 am. They also have a terrasse that fits 30 that's open until 11 pm nightly.