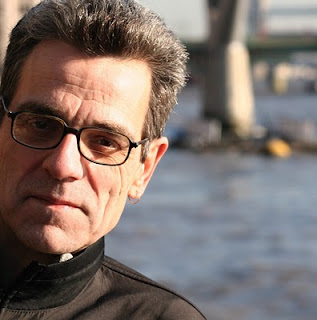 (September 18) Alas, it’s true, my asshole is not the centre of the universe. It’s also true that lines like that will occasionally get me into trouble.

His glory years at Montreal’s much-lamented Hour magazine were marked by two citywide uproars: The first happened in 1997 when Gaetan called out, "C’est d’la merde!" following the premiere performance of Koltès’ Quai Ouest at Espace Go.

Then in 1998 he was denied ticket privileges by that city’s Centaur Theatre when Charlebois panned then-artistic director Gordon McCall‘s Gone With the Wind Twelfth Night.

What a turbulent era that was.

CharPo was set up to cover Montreal English-language theatre. “It seemed that during my six years as a pop culture columnist at The Montreal Gazette that theatre coverage had fallen off,” Charlebois explains.

[Disclosure: I worked with Gaetan at HOUR mag, I write the POP TART blog for The Montreal Gazette and I am a CPC columnist and CPC Editor-at-Large. My CPC column – called “The Abominable Showman” – tackles theatre, art and culture. Click here to read today’s column about hot actors stripping buck naked on the stage!)

Gaetan continues, “People like [CHarPO Editor-in-Chief] Estelle Rosen and [Mirror theatre critic] Neil Boyce – via the MECCAs, for instance – had worked hard to keep theatre front and centre but were being insulted (sometimes quite publicly) for the effort. I was recovering from an illness, had the time and joined the fray. And I lucked into a working relationship with Estelle that is one of the great ones of my career.”

But Charlebois says the establishment media’s lack of theatre coverage isn’t unique to Montreal. “The same problem that exists here exists all over the country. I was being told [that] when CharPo took off, so Estelle and I studied the possibilities [of launching CPC] for over six months before diving in.”

So just how desperate are Canadians for comprehensive theatre coverage?

“CharPo Montreal has been amazing – [after nine months] we have about 6000 regular unique readers each week,” Charlebois says. “CPC is growing steadily,  slightly slower than Montreal but that is also because we launched during the [slower] pre-Labour Day period to give us a chance to get the kinks out before the season rolled in. CharPo Montreal was launched right smack in the middle of the theatre season and so exploded right away, warts and all.”

As for CharPo’s print competition – the weeklies and dailies – Charlebois notes ruefully, “The British national daily The Guardian is truly brilliant in all respects – columns, bloggers, commentary, discussion with readers – and their site is lively! The closest thing we have [in Canada] is The Globe and Mail's Kelly Nestruck who, no coincidence, is also a Guardian blogger. And now Kelly also writes for us.

“Kelly really blogs, really FBs and really tweets. Most of the rest of the papers and their people are sad. They don't get the immediacy of blogging, many are not on FB and the ones who are on Twitter often Tweet the dullest and most useless information. Simply: they don't engage.”

In addition to knowledgeable media contributors who have been covering theatre in Canada for years,  some of CharPo’s recent name contributors include Brad Fraser, Jacoba Knaapen (executive director of The Toronto Alliance For The Performing Arts), Arden Ryshpan (Actors Equity boss), Rick Miller (who is doing a run of three of his solos at the Factory) and Kelly Nestruck.

“Now that those are up, some terrific alternative theatre artists are stepping up for the next weeks,” Charlebois says. “But the trend all began at CharPo Montreal where virtually every artist we approached loved the idea of discussing their work: Gabrielle Soskin, Andrew Cuk, David Sklar, Johanna Nutter (who wrote a gorgeous blog for us) - the list goes on and on.”

Of course this being Three Dollar Bill, I ask Gaetan how gay is the theatre world. (Yeah, yeah…)

“It is the gayest art and yet, too, the straightest,” Gaetan replies without missing a beat. “Where else will you find a football player with six kids and a mortgage sitting in an audience bawling his eyes out when he hears Bess, You Is My Woman Now!”
Posted by Three Dollar Bill at 16:17