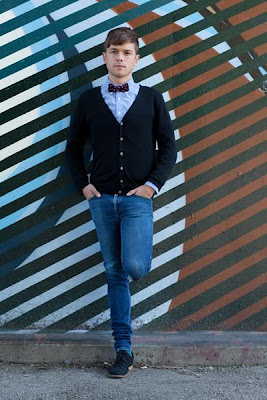 First-time author Peter Knegt has written a slim pocket book about the history of the queer rights movement in Canada – and it’s pretty good. Part of Halifax-based Fernwood Publishing’s About Canada series, this book is simply titled Queer Rights and briefly but concisely explores how Canada became a gay-civil-rights world leader. 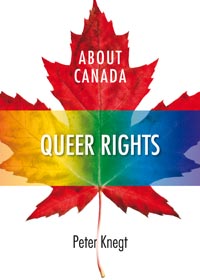 “At first I just kind of did everything I could possibly think of: scouring every single issue of iconic gay liberation magazine The Body Politic at the Canadian Gay and Lesbian Archives in Toronto; reading or rereading everything already written on the topic (most notably the work of Gary Kinsman, Tom Warner, David Rayside, Miriam Smith, Becki L Ross and Brenda Cossman); contacting any kind of authority on the issues I could think of – whether academics, artists, politicians or leaders at queer organizations – and trying to set up interviews,” Knegt tells Canada's Xtra newspaper.

“I ended up interviewing upwards of 70 people from across Canada, some on the phone and some in person. And that was a more important part of the process than I ever could have imagined. Hearing the stories of these men and women who had seen and done so much was intensely inspiring. I remember sitting across the table from Tim McCaskell or Kristyn Wong-Tam or Gerald Hannon and just feeling so floored by what they had to say.”

My one beef with the book is that Montreal’s July 1990 Sex Garage raid is not mentioned once. Without diminishing the importance of the 1977 police raid on Montreal gay leather bar Truxx, Sex Garage is arguably the most important queer event in the history of Montreal and Quebec. That night politicized an entire generation of queer activists who permanently changed the Quebec political landscape and led directly to the creation of the group Lesbians and Gays Against Violence.

"The Truxx raid never changed the attitudes of Montrealers towards gays and lesbians and it certainly didn't inject pride in the gay community," veteran gay activist Michael Hendricks - who has done more for gay civil rights in Canada than probably any judge or politician - told me. "That's why I believe Sex Garage was Montreal's Stonewall. It created community and brought us together in a common front. It also brought English and French together. We founded a group called Lesbians and Gays Against Violence and kept parading around the city for another two months."

That Sex Garage march also directly laid the groundwork for Montreal's Divers/Cite Queer Pride march that Deir co-founded with Suzanne Girard in 1993, a march that in 2007 morphed into the city's famed eight-day Divers/Cite queer arts and culture festival.

Over the next decade Divers/Cite and Black & Blue would, ironically, transform Montreal into a choice gay tourism destination, pushing Tourisme Montréal to create a gay-tourism template since adopted by tourism authorities worldwide.

So a book on gay rights in Canada that doesn’t even mention Sex Garage can’t help but  fall short.

On the other hand, I was pleased to see The Montreal Manifesto – as it was read by activists who took over the opening of the 1989 International AIDS Conference in Montreal – made it into the book. As ACT UP founder Larry Kramer told me himself, “We made a difference at the AIDS conference in Montreal.”

Knegt admits it is impossible to include everything in a book as slim as Queer Rights.

“My main goal – and honestly the greatest challenge – was to make this book as inclusive as possible,” he says. “Sure, I also wanted to make it as accessible as possible. This is really just an introduction that intends to lead readers into other educational directions. But it was important to make it as comprehensive as 150 pages could possibly allow. And that’s a significant challenge."