Bugs' original version of this column ran in Hour magazine on November 8, 2007.

British blues legend Long John Baldry passed away in Vancouver on July 21, 2005, and since I had never interviewed him, I did the next best thing: I interviewed the very gracious Felix "Oz" Rexach, Baldry’s life partner, days later.

"John was not well accepted as a gay man by the blues community – it’s a very macho industry," Oz told me. "But he was more than well-accepted as a performer in his field."

So when I blabbed on the phone some years ago with Paul Myers, Berkeley-based brother of comic actor Mike Myers and author of the bestselling bio It Ain’t Easy: Long John Baldry and the Birth of the British Blues, Paul told me, "Yeah, I used your column in my book. I’m so pleased we’re doing this interview."

Baldry was the man who brought Muddy Waters and Willie Dixon to Britain. He earned the respect of John Lee Hooker and B.B. King. And even John Mayall admits that, before The Bluesbreakers, Baldry was already the father of the British blues. Jimmy Page, Mick Jagger and Charlie Watts all flourished under Baldry’s tutelage, and he was a hero to Pete Townshend of The Who and Ray and Dave Davies (with whom Baldry also made out) of The Kinks. 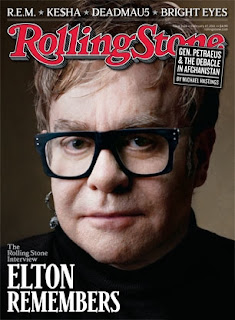 "A book about John was also a book about the birth of British blues," Paul explains. "I was surprised that no one had told the story before. But there was snobbism in the British press – John wasn’t really a great singer and I think his being gay is another reason for the snobbism. Eric Clapton told me he didn’t know John was gay until much later. They didn’t have advanced gaydar in those days."

Paul continues, "I got access to almost everybody [but] I didn’t get Keith and Mick because their publicists were very difficult."

Myers had no trouble getting hold of Elton or Rod, though, who loved their mentor so much they co-produced Baldry’s 1971 comeback album, It Ain’t Easy, and its follow-up, Everything Stops for Tea. Elton played piano on both albums and Rod played banjo.

"There was a real feeling that John had lost his way and they wanted to help him become a rock star in America," says Myers.

Why did Elton and Rod love Baldry so much?

When Elton – then named Reginald Dwight – left Baldry’s band in May 1968, he renamed himself after Baldry’s saxophonist Elton Dean, and got "John" after Long John himself. When Elton tried to commit suicide in 1968 because he was supposed to marry a woman he did not love, Baldry told him it was okay to be gay, a moment immortalized in Elton’s 1975 hit Someone Saved My Life Tonight. The lyrics "Sugar Bear" refer to Baldry.

"That song is about John Baldry at the Bag O’ Nails [nightclub] saying, ‘You’ve got to call the wedding off,’" Elton recounts in Myers’ book. "Without that it could have been an entirely different story. He really did change the course of my life, bless his heart." 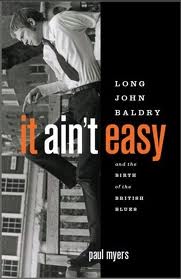 Remember, homosexuality was a punishable crime in Britain until 1968. And Baldry wasn’t exactly publicly out himself back then either. But, Myers explains, "There was a vested interest in clamping down on news of [Baldry's] sexual orientation, despite the fact the business was run by gay people. It was a big double standard, like today’s gay Republicans."


As for Rod, Myers says, "I was very moved by his loyalty [to Baldry]. There’s speculation they had a love relationship but I believe it’s the oldest type of love, the love of a father figure who put Rod in the front of the class."

“Long John Baldry launched me on my musical career,” Rod wrote in a December 2004 essay in Reader’s Digest, just months before Baldry died. “I was 18 and playing harmonica and singing a Muddy Waters song [“Dimples’] in a railway station, when Long John Baldry ran over to me from the other side of the tracks. I had just been to see him play at a club; he was one of the top Bluesmen in England. But John didn’t sing Muddy Waters songs – he knew Muddy Waters, had performed with him and with Ramblin' Jack Elliott too. And now he was asking, "Would you like to join the band?"

“For me, just shaking his hand – knowing all the great musicians whose hand he’d shaken before was mind-blowing. But so was John. Picture this elegant man with a proper English accent, never without a tie, a towering six-foot-seven. I was a huge fan and I was intimidated by his offer. Rod Stewart wasn’t in demand in those days; no one was interested. I immediately said yes.”

Rod continues, “John taught me so much – things that apply to my life and things that made me the human being I am today. He had tremendous stage presence. ‘You watch any great performer and they never stand at the microphone with their legs together,’ he said. ‘Have a manly stance. Be bold on stage – bold as you would be playing soccer’, which I was good at then. He taught me to project with my hands when I’m singing. See me onstage today and you’re seeing what John taught me. John was really looking out for me when we were on the road. My first time in a club outside of London, we played a club in Manchester. He said, ‘Don’t worry just get up there and sing.’ I was nervous. A band mate gave me a pill – an amphetamine called a black bomber. I got onstage and played one song for 20 minutes, the same verse over and over. John found out and reprimanded the guy, firing him for corrupting me. He was very fatherly, always looking out for my welfare.”

Or as Paul Myers says, “I was very moved by Rod’s loyalty [to John]. There’s speculation they had a love relationship but I believe it’s the oldest type of love, the love of a father figure who put Rod in the front of the class.”

Myers continues, "I feel like when John got sick on various occasions, it was always Rod who showed up – by phone, in person and by chequebook. He was always there for him. In his Palm Beach mansion Rod told me, ‘I would never have any of this if it wasn’t for Long John Baldry.’”

Baldry never denied he was gay. But after his years living the high life in London, New York. L.A. and Toronto, he became a Canadian citizen in 1980 and settled in Vancouver with Oz.

"Life there suited him, and Rod lived in L.A. by then," says Paul Myers. "The West Coast worked for him. And Vancouver had a very accepting gay community."

Myers, whose frank, star-studded, anecdote-filled biography finally gives Baldry the respect that eluded him in life, notes, "John had never been parade marshal for Gay Pride in Vancouver. But the summer he died, they put, fittingly, his picture on the lead car of their Pride parade."

As for Oz, Baldry’s life partner of 28 years, he told me, “John hated the ‘living legend’ tag, as people always expected him to do something ‘legendary.’ No matter how appropriate, it was still a lot of pressure to try to live up to. But his legacy will go on. John made 40 wonderful albums, he was such a talent. There are so many young people out there who have yet to discover and appreciate his work. I miss him. It was incredible to share my life with such a generous man.”