There are great voices and then there is the voice of legendary dance diva Martha Wash, whose soaring powerhouse vocals propelled such classic hits as Everybody Dance Now, Gonna Make You Sweat and It’s Raining Men to the top of the charts worldwide. 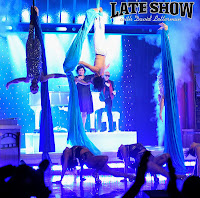 Wash and her late friend Izora Armstead shot to international fame as Two Tons of Fun singing backup on great gay disco superstar Sylvester’s disco classics You Make Me Feel (Mighty Real) and Dance (Disco Heat) which both peaked at number one for six consecutive weeks in 1978.

By 1982, Wash and Armstead renamed themselves The Weathergirls, went solo and recorded one of the most difficult-ever songs to sing, It’s Raining Men – and they did it in 90 minutes flat.

Then Paul Jabara, who co-wrote the song with Canadian Paul Shaffer of David Letterman fame, started pounding the pavement: "He took acetates to all the DJs at all the clubs where it became a big hit before radio picked it up," Martha told me.

Filming the song’s memorable video – it featured hunky bodybuilders falling from the sky – was difficult.

"God, that was a cheesy video!" Martha laughs. "We filmed it in an abandoned building [in NYC] in the dead of winter. There was no heat and everybody was wearing [winter] coats. That part in the video where we fall out of the sky, well, we landed on these mattresses and found out [the next day] they were infested with bugs. For days afterwards Izora and I were scratching [ourselves]! It was awful!"

It's Raining Men turned 30 years old this past week (Tweeted Martha, "Over 7 Mill sold and 30 yrs later Columbia Rec awards me with a plat plaque for It's Raining Men") and to mark the occasion she sang it live with Paul Shaffer on The Late Show with David Letterman (watch the original video as well as the Letterman 30th anniversary clip below).

"People used to say ‘disco sucks’ and ‘disco died’ but they still keep playing it," Martha says happily. "Today they call it dance music, but it’s still the same. It’s happy music. And as long as people want to keep on dancing, I’ll keep on singing too!"