THE GREAT BITCH DIVA QUIZ - SO JUST HOW FABULOUS ARE YOU?

Summer has faded and it’s now time to show off your new wardrobe during Montreal’s über-hot autumn cocktail season. But do you possess the requisite glamour quotient to book a room at the Betty Ford Clinic? To find out, answer the following quiz…

If you could travel back in time, you would go to:
a) Nirvana’s Foufounes performance.
b) Woodstock.
c) Studio 54.

Your name is not on the guest list at a nightclub. What do you say to the doorman?
a) Sorry for the trouble.
b) Do you know who I am?
c) I could have you shot, bitch.

You feel sexually attracted to your best friend (of the same sex). Do you tell him/her?
a) Never!
b) Only if he/she is gay.
c) Only is he/she is hot!

Are you seeing someone right now?
a) I’m single, but there’s someone I want to sleep, uh, be with.
b) I’m in a long-term quasi-monogamous relationship.
c) Honey, I’m seeing everyone right now…

Your best friend gets dumped by their long-time partner or lover, so you:
a) Tell your friend, "Snap out of it! You’re giving depression a bad name!"
b) Tell them, "If all else fails, lower your standards. I did, and look at me!"
c) Go over to their place with Tahitian French vanilla ice cream you bought at Laura Secord, talk them into incinerating their ex and blast Tina Turner’s Better Be Good to Me on the stereo.

Who said "Cocaine isn’t habit forming. I should know – I’ve been using it for years"?
a) Actress Tallulah Bankhead.
b) Your dealer.
c) The trick you tried to pick up in a toilet stall last night.

Which line most appropriately describes your worldview?
a) I used to snort coke but the bottle kept getting stuck up my nose.
b) I used to jog but the ice cubes kept falling out of my drink.
c) I used to have a drug problem but now I make enough money.

Who was it that said, "It is better to be hated for what one is than to be loved for what one isn’t"?
a) Canada's former Conservative Minister of Foreign Affairs John Baird.
b) Ricky Martin.
c) Writer André Gide.


Bitch Number One walks past and slaps Bitch Number Two in the face. You…
a) Keep walking.
b) Were the one who started it.
c) Toss them weapons and appoint yourself referee.

Which character do you most resemble from the classic TV sitcom Will & Grace?
a) Will or Grace.
b) Jack.
c) Karen.

How important is your appearance?
a) Well, as long as you can’t smell me.
b) Pass me the Preparation H.
c) I paid too much for this nose for it to be not important! 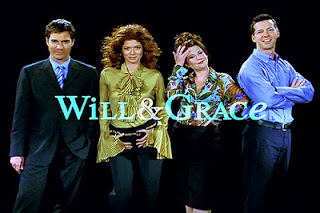 You tell your lover, "Watersports sounds like fun but…"
a) I don’t feel like driving to the waterpark in St-Sauveur.
b) We’ve never been able to afford Club Med.
c) Wait a few minutes whilst I down a few lagers.

Love is:
a) The sweetest thing, darling, the one and only thing.
b) Fine for a couple of years, but after that it’s a bit like flogging a dead horse, isn’t it?
c) Just another four-letter word.

So just how fabulous are you?