This interview originally ran in The Montreal Gazette

Montreal singer France Joli became an “overnight success” at the age of 16 back on July 7, 1979, when she headlined a legendary beach concert performance for 5,000 gay men now famously known as Beach ’79.

Donna Summer had cancelled at the last minute, so Joli stepped in as a replacement and sang her song Come to Me, which would chart at #15 on the Billboard Hot 100 Chart  – then at #1 on the disco chart – and to this day the song is widely-known as “the definitive Fire Island dance classic.” 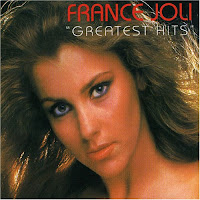 “I was blown away, I was a kid and had never seen gay life like that before, it was beautiful to see two men embracing – and it was 1979!” France Joli says today. “I loved that freedom and the happiness that disco reflected. It’s impossible not to be happy and dance to disco. The lyrics could be dark, but the music always lifted you up.”

Joli will headline Disco Montréal’s 2nd annual Disco Party benefiting West Island Community Shares, which funds various local charities. The April 20 benefit will be held at the Pointe Claire Holiday Inn, whose main ballroom will be transformed into a 1970s disco. Legendary DJ Robert Ouimet –  known worldwide as The Godfather of Montreal Disco – will spin, and Joli will perform Come to Me and Gonna Get Over You, as well as her latest hit Hallelujah (a dance version of Leonard Cohen’s signature song).

“I always wanted to be a singer,” Joli says. “I even cried on key when I was born!”

She was just 12 when she signed with her first manager, musician Lee Gagnon, who now lives in NYC. “Lee taught me to walk in high heels and put me in singing and piano lessons!

Joli then auditioned for producer Tony Green when she was 15-years-old. “I sang Evergreen and Hopelessly Devoted To You, and I guess I impressed him because three days later Come To Me was written for me.”

That classic #1 disco song was recorded in November 1978. By the time Joli replaced Donna summer at Fire Island in July 1979, she was on the cusp of full-fledged stardom.

“My head was spinning, but my Mom kept me grounded. I didn’t go crazy on drugs, I didn’t blow my money – but then again, what money? I’m not any different than any other artist from back then. Look at all those artists from the 70s and early 80s ­– and I perform with them all the time – nobody lives in a palace,” Joli says. “But it’s okay because we have longevity. We’re not filthy rich, but we’re still making a living.”

Back in the day, Montreal’s disco scene cranked out many international disco stars like Gino Soccio and France Joli, and the epicentre was the city’s famed Lime Light disco founded by Yvon Lafrance in September 1973, on Stanley Street above where the Chez Paree strip joint stands today.

Montreal DJ Robert Ouimet was the house deejay at the Lime Light from 1973 to 1981, and today Yvon Lafrance says Ouimet – known worldwide as the Godfather of Montreal Disco – was hands-down the best deejay in Canada from 1973 to 1982, when Ouimet won Billboard magazine’s Best Canadian DJ Award.

“The Lime Light really was better than Studio 54, and that’s [mostly] because it was a fun place for everybody – men, women, black, white, straight and gay,” says Ouimet. “A lot of international stars also [partied] or performed at the Lime Light. I saw Alice Cooper. Grace Jones used to come often. The Ritchie Family and Gloria Gaynor played there; so did James Brown [for five consecutive nights in 1977]. One night I was at a David Bowie [concert] with a promotion man and I brought them and Iggy Pop to the Lime Light afterwards to see Gloria Gaynor perform live at the club!”

“I have a very vivid memory of the Lime Light when Gonna Get Over You came out [in 1981] and the place was so full that people were hanging from the ceiling, on top of the speakers, from the railings, and the fire department came the place was so full!” Joli laughs. “People were dancing and screaming and I could feel the floor [bounce so much], I thought it was going to collapse! In its heyday the Lime Light was the place to be.”

Joli continues, “I didn’t do a lot of shows in Montreal, my career [is still] mostly based out of the United States, and this will be my first concert in Montreal in 20 years!”

Joli sang the Canadian national anthem to kick off Canadian Appreciation Month on February 1 in Dallas, just finished a stint co-starring in the Off-Broadway play My Big Gay Italian Wedding at St. Luke’s Theater in NYC in January, and continues to perform regularly right across the USA, often at gay events like the Carnival Parade in Provincetown last summer and Southern Decadence in New Orleans on Labor Day Weekend 2012.

“It was 34 years after my debut and I was still amazed at the gay crowd,” Joli, now 50, says happily. “They kick started my career on Fire Island and their love today is still unconditional, and I feel very blessed.”


Disco Montréal’s 2nd annual Disco Party will be held at the at the Pointe Claire Holiday Inn (6700 Trans Canada Hwy) to benefit the West Island Community Shares, which distributed $1,100,000 to 35 local community groups in April 2012. Disco party tickets are $25 in advance, $30 at the door.