Brooklyn artist, writer and activist Avram Finkelstein is a legend in the AIDS movement, for co-founding both the Silence=Death and Gran Fury collectives that changed the way the world looks at AIDS.

And while the simple catch phrase “Silence=Death” and the accompanying poster have become ubiquitous — a global anthem for AIDS activists — today Finkelstein reveals his Silence=Death collective had no idea its slogan would catch on like it did and come to symbolize a movement. 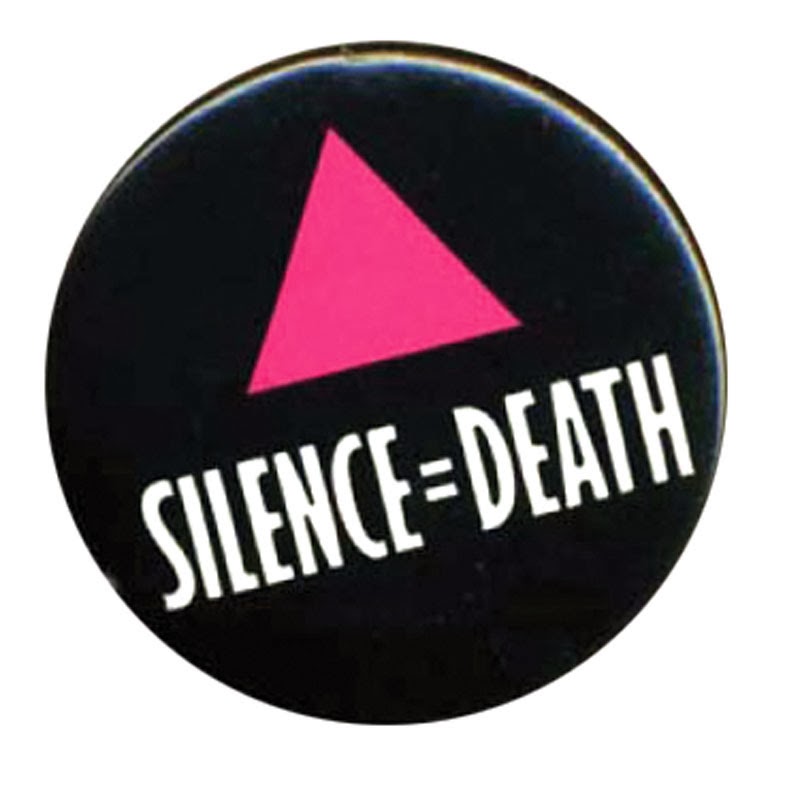 “Silence=Death was designed by a collective I formed with five other friends a year before ACT UP New York even formed,” Finkelstein says. “Our poster is closely associated with the movement, but we did not know we were surrounded by this community.”

The original catalyst for Finkelstein was the death from AIDS of his boyfriend Don Yowell in late 1984. “I come from a leftist background and politicized family, so I suggested we do a poster, and we ended up with Silence=Death,” he says. “We worked for six months on that poster. It is highly massaged. At the time, William F Buckley was calling for the tattooing of HIV-positive people, and we were outraged by that. By trying to picture what a tattoo would look like [on a poster], we decided we needed an abstract image, and that’s how we ended up with the pink triangle. Once people embraced [the poster], we referred to it — with gallows humour — as ‘the happy face of the ’80s.’”


Finkelstein recently lectured about the Silence=Death Project (which also created the ghoulish “AIDSgate” poster in 1987), as well as Gran Fury, another art collective closely identified with the AIDS movement, at Montreal’s Concordia University.

“We live in an image culture, so it’s interesting to watch the permutations of images and what they mean to different people,” Finkelstein says. “I don’t think [our] symbol is sacred. I mean, we copyrighted it so we could give it away. If we hadn’t, somebody else could have and then prevented us or ACT UP from using it. So I copyrighted it. It always was and still is meant to be a consciousness-raising project. For example, I was thrilled when the poster/VIRUS project did Silence=Sex [in 2012].”
“We are not making money from the Silence=Death image,” he says, “though I stopped counting at $1 million [fundraised for] ACT UP. Silence=Death has been very helpful to them.”

Finkelstein also co-founded Gran Fury, whose memorable “Read My Lips” poster was also used in the movie Dallas Buyers Club. “The film’s art department contacted me for posters of mine they could use in the shoot,” he says.

The 1988 formation of Gran Fury — named for the Plymouth sedan used by the New York Police Department — underscored how images could both fuel AIDS activism and scare others away.
When one of the sailors in Gran Fury’s famous “Read My Lips” poster called Finkelstein one day, Finkelstein says, “I thought, okay, this is it, this is the lawsuit. I was terrified. But the sailor told me, ‘I’m so thrilled to see that image is helping people in the way it was intended.’”

While his newer work has been exhibited everywhere from New York’s Whitney Museum to the Victoria and Albert Museum in London, he says he never tires of talking about the work Silence=Death and Gran Fury did during the 1980s.


“I believe politicization is an important process. If it means talking about the past — or tweaking it — so be it,” says Finkelstein, who helped students create their own collectives during workshops at Concordia. Because as Finkelstein, now 61, well knows, all it takes is one person to change a life — and a movement. For Finkelstein, that person was Don Yowell, his musician boyfriend who died of AIDS in 1984.

“You might be making me cry,” Finkelstein says quietly, then adds, “I come from a family of activists — I am a lifelong political activist — but this was a politicizing moment for me. However, I was surrounded by people who were [also] struggling. So I purposely did not talk about Don a lot because I did not want his death introduced in my work with these people who were struggling to live. Truth is I buried Don, but my close friends know I have never recovered. It’s only now with the landscape changed that I feel free to talk about him. His death changed my life.”