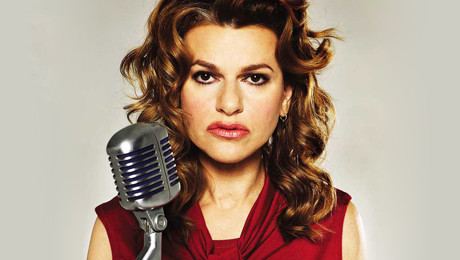 This interview with Sandra Bernhard originally ran in Three Dollar Bill on June 5, 2008
Sandra Bernhard, a Jewish girl in a land of whiny WASPs, knows what it’s like to hurt. That’s why she’s always told those who’ve mocked her to fuck right off.
In fact, she’s made a career of telling assholes to fuck off.
"Fish Lips!" Jerry Lewis used to call Bernhard on the set of The King of Comedy, the 1983 Hollywood blockbuster that made Bernhard a household name.
But like Bernhard once told Arsenio Hall, "I’m the only actress in Hollywood who didn’t pay to have these lips!"
Today the author and star of stage and screen, from the Great White Way to Tinseltown, named one of the 100 greatest stand-up comics of all time by Comedy Central, brings her new loudmouth act, Plan B From Outer Space, and her rock band, The Rebellious Jezebel, to Toronto’s Massey Hall to kick off that city’s Pride celebrations on June 22.
"Going through customs in Canada is one of the most loathful things in the world," NYC-based Bernhard told me this week. "They harass the shit out of you if you’re a single parent [travelling with your child]. They ask you, ‘Do you have a letter from the father?’ And I say, ‘There is no father!’ I want to say, ‘Fuck you, you fuck!’ They drive me nuts. So now I come up without [my daughter]. The bureaucracy in Canada is pathetic."


Putting up with ignorant customs agents is a lot like putting up with the douchebags on the comedy club circuit in the 1970s. Joan Rivers once told me about the sexist crap she especially put up with at the beginning of her career, and I ask Bernhard if it was any better for her. 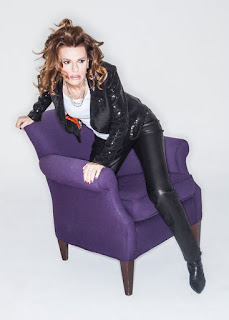 "No, it’s never going to be easy for women. The [comedy circuit is a] sexist, male-dominated world. The only club I liked was Caroline’s [on Broadway in NYC's Times Square district]. She [owner Caroline Hirsch] was a woman and was cool to me. She didn’t give me a booking, then make me waste my entire night before putting me on stage after midnight or 1 a.m. after everyone had left the club, like [other club owners] did."
But Bernhard will only take this women-solidarity thing so far.
About Hillary Clinton, Bernhard quips, "She’s an ass. She blew it. And we needed a woman [in the Oval Office] right now. [On this campaign] the Clintons showed their true colours and I think they’re awful."
About America’s increasing obsession with celebrity – not to mention the terror trio of Lindsay, Britney and Paris – Bernhard says, "I stayed pretty true to my work and try not to get overexposed in tacky situations. It’s a brutal business, especially with the blogging on the Internet. So many actors have their heads up their asses. I don’t like the business but I like what I do as an artist. If people don’t get back to reading [books], I don’t see this [celebrity culture] changing any time soon."
Bernhard, who turns 53 on June 6, knows of what she speaks. There was a time in the 1980s when she and former BFF Madonna were insatiable tabloid fodder. To this day no one knows why they broke up – and Bernhard most certainly isn’t going to tell me – but I mention I have just one Material Girl question: Does she have Madonna’s new album?
There is a silent pause.
"No. I’m sure it’s entertaining," Bernhard replies drily.
If that sounds less than forthcoming, others have criticized Bernhard for refusing to publicly come out earlier in her career. But I ask our Queer Diva if, like Gore Vidal, she was simply post-gay before everybody else was. Or is coming out early in one’s showbiz career still the kiss of death?
"I think my work has transcended gayness," says Bernhard, who played memorable dykes in both the sitcom Roseanne and the Showtime drama The L Word. "It’s not about being gay. It’s about being in touch with stuff that’s smart and ironic. As for coming out, other actors are doing well. You can be didactic and obvious and say sexuality is fluid and do something more challenging. ‘Oh, she’s a lesbian!’ I’m not interested in playing that card."
And to prove it, in September 1992, Bernhard posed nude for Playboy.
But the workaholic can trace her work ethic and life lessons back to her stint on a kibbutz in Israel when she was 17 years old.
"That was a long time ago, when Israel really needed the kibbutz system to thrive," a wise Bernhard says today. "I had a great time. I met people from all over the world. I did what they wanted me to do and it taught me the value of hard work. I still consider myself a hard worker. Really, I get bored if I’m not working."
twitter.com/bugsburnett
Posted by Three Dollar Bill at 09:28