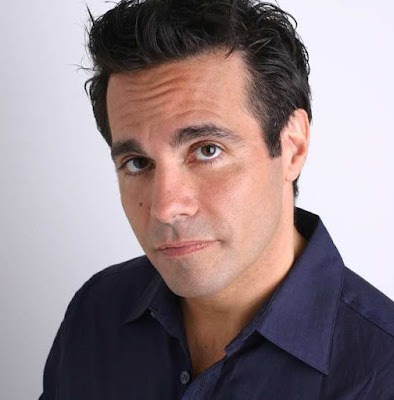 Bugs' interview with Mario Cantone originally ran in the July 23, 2012, edition of the Montreal Gazette

It should come as no surprise that fierce Sex and the City star Mario Cantone has always been pretty much out.
“I remember in the seventh, eighth and ninth grades I got a lot of shitt (for being gay),” Cantone says.
“I grew up in the 1970s when bullying was really bad. I never got beaten up, but I got a lot of threats and verbal abuse and would leave class early to make my escape. I mean, everybody’s got their fucking bullying stories. But honestly, I’m sick of it: Toughen up and let’s go!”


I tell Cantone I think when gay kids are pushed around they should push back.
“Abso-fucking-lutely!” Cantone says. “And I had a mother who would say horrible – horrible – things to me about gay people. But I was like ‘Fuck you’ in the 1970s: I never thought about killing myself or opening fire on a class. So this stuff (gay teen suicides) is mind-boggling because there are more people coming out today for young (LGBT) people to look up to! I do feel sorry for them, but I want to grab some of these kids, shake them and say, ‘Toughen the fuck up! Guess what, it doesn’t really get better!’ And I’m not talking about being gay, I’m talking about life.”
Cantone has a routine about bullying in his 2012 one-man show, It’s Funnier Live, a sequel to his hugely successful 2005 Tony-nominated one-man Broadway show, Laugh Whore.
“I’m bringing back (my) Liza and Judy (impressions), adding Bruce Springsteen and a lot more pop-culture observations and political stuff. It’s a work in progress that I’ll work on over five nights in Montreal.”
Cantone hopes to bring It’s Funnier Live to Broadway soon, especially since he “really, really honestly” doesn’t think there will be a third Sex and the City movie, and NBC turned down the pilot for his new hairdresser drama (by SATC’s Michael Patrick King) called A Mann’s World that co-starred Don Johnson.
But Cantone, a regular on The View, always knew he’d have it tougher than closeted actors ever since he starred in the New York superstation WWOR-TV’s children’s show Steampipe Alley from 1988 to 1993.
“Two gay men hired me for that show – which is not the way it is anymore. Some of the gay men in this business are the most homophobic. When I went to L.A., I met closeted actors who told me not to tell anybody I was gay. I never denied I was gay, but I was never asked by the press if I was until 1998. I knew saying that I was gay would cut my workload. I know there’s a glass ceiling. I told myself, ‘You’re gonna get what you get and it’s not going to be big and you’re not going to be rich.’ ”
Cantone, now 52, believes the alternative is worse.
“The Hollywood closet is infuriating to me though I do get it: There has not been a gay leading man in Hollywood motion pictures who’s a big star. I don’t think it’s going to happen for a long time. But now when you got the two big ones (closeted Hollywood stars being scrutinized in the media), it’s coming to bite them back in the a--. You can see it starting because you can’t get away with it anymore.”
Click here for Mario Cantone's official website.
Twitter.com/bugsburnett