BOYS OF SUMMER: WHY NO PRO GAY ATHLETE WILL COME OUT ON TOP -- THIS YEAR OR NEXT 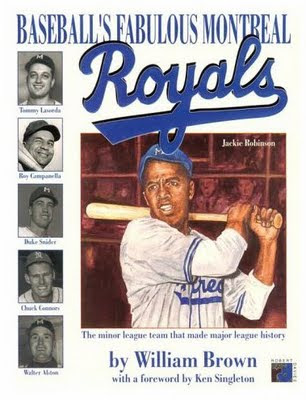 Which pro athlete will be the gay Jackie Robinson?

The fifth, onetime L.A. Dodger outfielder Glenn Burke, the man credited with inventing the high-five, died of AIDS in 1995, the year before I started writing this column. And the sixth, former NBA journeyman John Amaechi, came out in 2007. But quite frankly I didn’t particularly want to interview Amaechi then because I’d heard it all before.

It all began with former NFL running back David Kopay – who was first offered a position with the CFL’s Montreal Alouettes before he signed with the NFL – when he came out in 1975 during what can only be called pro sports’ Jurassic era. 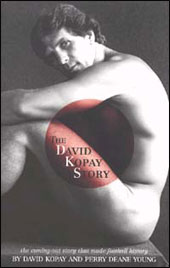 Kopay was the first. So I understand him only coming out after his player days. As for the rest of them – well, let me just say that Montrealers adored Jackie Robinson when Jackie broke pro baseball’s colour barrier with the Montreal Royals in 1946 (before breaking Major League Baseball’s colour barrier with the Brooklyn Dodgers in 1947), and none of these Johnny-come-lately gay guys is a Jackie Robinson.

In fact, if anything, they’re all a bunch of sissies.

I had to hound 1980s and 1990s MLB utility player Billy Bean for three years before he agreed to an interview – on the eve of the publication of his 2003 memoir Going the Other Way, no less. Bean told me, “Jackie Robinson had the support of his organization and the fans in Montreal, though maybe not all of his teammates. Fortunately Jackie was a great baseball palyer because he was subjected to a different standard as a gay player would be.”

More recently, it’s straight athletes who seem to be doing all the gay-civil-rights heavy lifting. NHL New York Rangers forward Sean Avery was the first pro athlete to publicly support New Yorkers for Marriage Equality and when his 30-second Human Rights campaign video (which you can see below) was released in May 2011, the anti-gay criticisms of Avery by father-and-son sports-agent team of Don and Todd Reynolds opened the floodgates. Rick Welts, president and CEO of The Phoenix Suns, came out to The New York Times on May 15 (two years after Laura Ricketts made history as the first ever openly-gay Major League Baseball owner, of the Chicago Cubs), and then former Villanova Wildcats basketball player Will Sheridan (who was out to his teammates) publicly came out to ESPN on May 16.

“It annoys me that they try to act like all us [straight] jocks are going to be homophobic,” former NBA champ Charles Barkley said on a podcast with ESPN's Bill Simmons. “It does a disservice to team sports to say we would not like a gay guy. And that guys wouldn't want to play with him. It doesn't work like that in sports.”

“Dude, we just want guys on our team who can play,” Barkley added. “On team sports, we don't care what colour or religion a guy is, as long as he can play.... You know who I don't want to play with? Guys who suck at their sport.”

As Major League Baseball legend Felipe Alou once told me when he was skipper of the Montreal Expos, “There are too many other things out there to worry about: too many killings, too many robberies, too many lies. I don’t see why a gay player should be a problem in the locker room, and I don’t see why a player’s sexuality should affect his evaluation.” 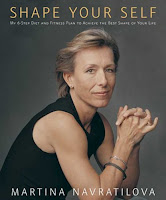 The truth has more to do with fan reaction and endorsements. For instance, while it is true tennis legend Martina Navratilova won a ton of prize money in her pro career, coming out in 1981 also cost her millions in endorsement opportunities. “I didn’t gain anything [monetarily] but I never compromised myself,” Martina told me on the eve of the 2006 inaugural World Outgames in Montreal. “Staying in the closet would have cost me my personal dignity. You can’t put a dollar value on dignity.”

And that’s what this all boils down too. It’s all about the money. As Cuba Gooding Jr. screams to his sports agent (played by Tom Cruise) in the Hollywood film Jerry Maguire, “Show me the money!”

Which brings me back to David Kopay, whose coming out dropped a bomb on the NFL when his autobiography The David Kopay Story topped The New York Times bestseller list for weeks in 1977.

“I do feel special,” Kopay told me. “I went up to Billie Jean [King] once and said, ‘I wished so badly when you were struggling with [your] coming out that I could have helped you.’ And she told me, ‘But if it wasn’t for your book I don’t know if I would have gotten there!’

Kopay’s autobiography also literally saved the life of former Green Bay Packer and Atlanta Falcon Esera Tuaolo, who, when he came out on ESPN’s Real Sports in 2002, became just the third player in league history to do so (after Kopay and Roy Simmons). “When David and I met for the first time [afterwards] I bawled like a baby,” Tuaolo explained to me following the 2006 Super Bowl game. “It was like, ‘You saved my life,’ and for David it was, ‘You are my confirmation.’”

This is why gay athletes need to publicly come out, damn the torpedoes. As NFL offensive lineman Roy Simmons rhetorically asked me when his memoir Out of Bounds was published, “You know what I heard? That there’s a secret organization of gay NFL players. Is it true? I’ve been out of the NFL for a long time, but I think it’s too risky for these guys. Why would someone making a big salary, who could be married, why put all that in jeopardy?”

So while closeted pro gay athletes continue to play in silence, the rest of us continue to endure loudmouth idiots like Joakim Noah, centre for the Chicago Bulls, who on May 22 was caught on camera saying “Fuck you, faggot!” to a fan during Game 3 of the Eastern Conference finals against the Miami Heat. Noah barely apologized after the game, actually saying, “I apologize [but] the fan said something to me that I thought was disrespectful, and I got caught up in the moment, and I said some things that I shouldn't have said. I was frustrated and I don't mean no disrespect to anybody. I just got caught up.”

Jackie Robinson is rolling over in his grave.

Which is why all gay pro-athletes are duty-bound to publicly come out now.

You know, I only got an interview with former closeted MLB umpire David Pallone after he published his memoir Behind the Mask. Same thing with Roy Simmons (Out of Bounds) , Esera Tuaolo (Alone in the Trenches) and Billy Bean (Going the Other Way).  John Amaechi only publicly came out when his memoir Man in the Middle: My Life In and Out of Bounds was published in March 2007. Sure they all did some good coming out in the end, but they also made a buck from it only when they had nothing else to lose – when their playing days were over.

Personally, I’m with NBA Dallas Mavericks owner Mark Cuban who thinks that, in this climate, an openly gay NBA player would actually clean up. “From a marketing perspective, if you’re a player who happens to be gay and you want to be incredibly rich, then you should come out, because it would be the best thing that ever happened to you from a marketing and an endorsement perspective,” Cuban told the Fort Worth Star-Telegram after Amaechi came out. “You would be an absolute hero to more Americans than you can ever possibly be as an athlete, and that’ll put money in your pocket.”

In fact, Rogers Sportsnet anchor Damian Goddard was fired on May 11 after tweeting in support of the anti-gay marriage stance taken by hockey agent Todd Reynolds. “I completely and wholeheartedly support Todd Reynolds and his support for the traditional and TRUE meaning of marriage,” Goddard tweeted on May 10.

(Xtra reports that while the tweet came from Goddard’s personal account, his profile identified him as a Sportsnet broadcaster and his thumbnail picture showed him at the Sportsnet news desk.)

So my advice to athletes is, if you’re gay, do us all and yourself a favour and come out when it really means something, when you’re still at the top of your game.

That’ll make you the biggest winner of all.
Posted by Three Dollar Bill at 14:23