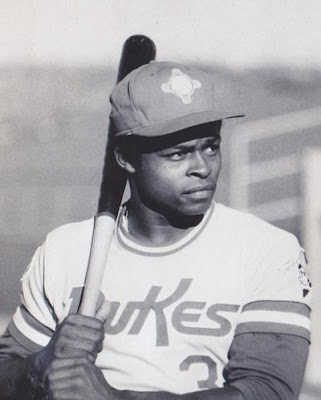 Glenn Burke is a worthy successor to another great baseball player, Jackie Robinson

(July 18) Major League Baseball outfielder Glenn Burke began his career with Los Angeles Dodgers in 1976 and was expected to become the next Willie Mays. But there was just one problem: Burke was an out and proud gay man in an era when he was expected to stay in his closet. 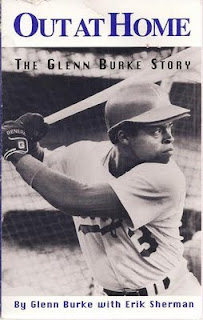 
“The players had no problem with it," Burke's old friend and Out producer Doug Harris tells Xtra newspaper. "They loved him as a person despite his sexual orientation. He was a part of the team. They were upset, sad, pissed off when he was traded. That was the beginning of the end of his career. And that’s where his downward spiral began.”


Burke played four seasons in Major League Baseball. In 225 games playing for the Los Angeles Dodgers and Oakland A's, Burke had 523 at-bats, batted .237 with two home runs, 38 RBI and 35 stolen bases. When Dodgers general manager Al Campanis offered him $75,000 to get married to a woman, Burke flat out refused. But he was only traded after he refused to end his friendship with Spike Lasorda, the gay son of then-Dodgers skipper Tommy Lasorda.

(Incidentally, to this day, Tommy Lasorda still refuses to acknowledge his son was gay and died of AIDS. It is such a sad story that even I didn't have the heart to ask Lasorda about it when I interviewed him in 2006 when the former pitcher for the Montreal Royals was inducted into the Canadian Baseball Hall of Fame.)


So Burke was traded to the Oakland As where coach Billy Martin - a brawler, boozer and all-around asshole - called him a “faggot” in front of his teammates. After a knee injury, the As sent Burke to the minors in Utah. Martin refused to call him back up to majors and he retired.

The fifth former NBA journeyman John Amaechi, came out in 2007. But quite frankly I didn’t particularly want to interview Amaechi then because I’d heard it all before.

But none none of these Johnny-come-lately gay guys is a Jackie Robinson.

The sixth gay male athlete from North America’s four major pro leagues to come out was, of course, Glenn Burke, who unlike the other five came out when he was still in the majors. To my eye, he is a worthy successor to another great baseball player, Jackie Robinson, who broke pro baseball's colour barrier with the Montreal Royals in 1946 (ironically, he was also Tommy Lasorda's teammate).

So I'm delighted with Doug Harris's doc about his late friend Glenn Burke. It is a worthy tribute to a genuine baseball hero who also invented the High-Five, now imitated by athletes and fans in virtually every sport around the world.

Story goes, in 1977 Burke ran onto the field to congratulate his Los Angeles Dodgers teammate Dusty Baker for hitting a home run in the last game of the regular season. Another High-Five came moments later when Baker returned the favor in celebration of Burke's first major league home run


About the doc Out, Harris says, "The film is just a statement. Someone’s sexual preference is their business. Glenn was openly gay. He didn’t hide it. Did he come out publicly? No. Did he have to? No. Glenn was comfortable with who he was. Other people weren’t comfortable with it. People shouldn’t have to be pressured to come out publicly. But if they don’t want to, that’s fine.”

Or as Burke himself told People magazine in November 1984, "My mission as a gay ballplayer was to break a stereotype . . . I think it worked."


Out: The Glenn Burke Story is on the festival circuit this year and will be released on DVD later this year.
Posted by Three Dollar Bill at 16:55