I finally got Chaka Khan on the phone after our first two interviews were postponed. But whatever you do, do not call Chaka Khan a diva.

“It’s not what I am,” Chaka says. “I’m a nice girl. ‘Diva’ to me has a negative connotation. But if people want to call me a diva, call me what you want. Just call me.”

Chaka, born Yvette Stevens in 1953 (“My mom calls me Yvette, my sister calls me every name in the book”), got her saucy sense of humour growing up in Chicago’s tough South Side where she formed her first group, the Crystalettes, at the ripe old age of 11.

But it was during her stint as a volunteer for the Black Panthers’ Free Breakfast for Children program that she adopted the African name “Chaka.” 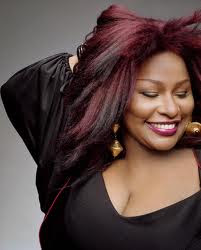 “I wanted to be a Black Panther because they had the ideology of not turning the other cheek,” Chaka explains. “I was a revolutionary. Until a gun came my way and I got an ulcer. I got hold of this gun and just having it tore me apart. So I threw it away in Botany Pond in Hyde Park [in Chicago] where I live. That’s when I decided the Black Panthers were not for me.”

So she teamed up with musicians Kevin Murphy and Andre Fisher to form the multiracial ’70s funk band Rufus. Stevie Wonder loved Chaka’s vocals so much he wrote their pop hit Tell Me Something Good. But Chaka would fly solo by decade’s end, charting with her anthem I’m Every Woman. But like Tina Turner during that era, she accepted whatever gig paid the bills.

Chaka does remember working and recording with a who’s who of the music business: Luther Vandross, Rick James, Prince (whose obscure track I Feel for You Chaka took to the top of the charts worldwide in 1984, and with whom she also toured in 2011), Steve Winwood, Joni Mitchell, Ray Charles, Herbie Hancock and Dizzy Gillespie (they recorded Night in Tunisia with Chaka, and producer Arif Mardin says Chaka hit “notes that aren’t in the book”), as well as Motown’s original house band The Funk Brothers, with whom she won her eighth Grammy in 2002 for her monumental rendition of Marvin Gaye’s classic song What’s Going On (she’s been nominated 19 times and won 10).

“I felt it was such a timely song what with these [right-wing] nuts running our government [at the time],” Chaka says. "I felt that song and playing with all those original guys had an impact.”

Chaka has sung everything (check out the incredible video below of a young Chaka singing the blues with Etta James, Gladys Knight and B.B. King). When I ask what her favourite genre of music is, she replies, “[All] music. But my favourite musicians are Miles Davis and Charlie Parker.”

Jazz legend Betty Carter has praised Chaka’s improvisational skills. And you can hear the influence of Ella Fitzgerald and Sarah Vaughan in Chaka’s approach.

“I love these women,” she says. “They’re all in my voice. I am a culmination and combination of them all. And they laid the groundwork for me as black women. I have the most amazing appreciation for them. I do get it.”

What Chaka gets most of all is her core gay fan base, whom she loves back unconditionally. 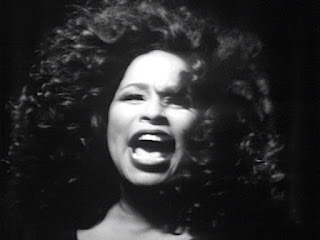 Over the years – even when it was considered career suicide to do so – Chaka performed at innumerable Gay Pride concerts, festivals and celebrations.

In return, the gay community lavished their love on Chaka. But what is it about Chaka Khan that gay men most adore – the big hair? the big voice? the big heart?

“Maybe it’s the butch in me! I dunno, I’ve been asked that question so many times. But I will say this: In a crunch, when I’ve been in need, when things weren’t going well, the gay community always bailed me out. They’re my most loyal friends and following and they have a special place in my heart.”


And heart is what Chaka’s all about.
The woman that embraced the Black Panthers almost 40 years ago to help feed starving children is still helping feed children today, with proceeds from her "Chakalates" gourmet line of chocolates benefiting the Chaka Khan Foundation, which assists battered women and children at risk.
It’s one of the reasons why Chaka’s home state of Illinois declared Oct. 19 Chaka Khan Day, and it’s why she was invited to be on Sesame Street.
That day Chaka remembers vividly.
“Kids have always loved me and I have a soft spot in my heart for them,” Chaka tells me. “I even got to sing with Elmo.”