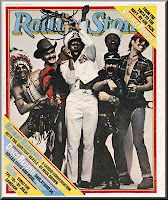 I was a 12-year-old disco bunny when I saw the Village People perform live at the Montreal Forum back in 1978. The opening act was none other than Gloria Gaynor, who won the only disco Grammy ever awarded, in 1979, for her classic I Will Survive.

Twenty-five years later I interviewed the Village People’s "Indian" character and real-life Lakota Sioux Native-American Felipe Rose – along with Thelma Houston, KC and the Sunshine Band, Martha Wash and others – for an HOUR magazine cover story I wrote on the legacy and importance of disco (you can see HOUR's really fun cover in the “Bio” section of Felipe’s website by clicking here). I was so taken by Felipe, and we got along so well, that we have maintained contact ever since.

But back in 1978, when I was a disco bunny, Rose – who was inducted into the Native American Music Hall of Fame in 2007 – was having the time of his life as the Village People topped pop charts worldwide. 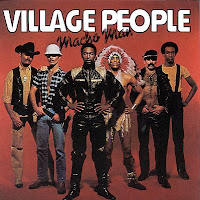 “I used to drink stuff that could peel paint off the wall,” Felipe told me once. “People still think we go out and party all night long, but that’s not the case. We’re all getting older. Things have to take a back seat. You reflect on your life and think, ‘What can I do to make this last longer?’ It’s like a car. You clean it up, put it in the shop and give it a tune up. I go to the gym, do my crunches and sit-ups. I watch what I eat. I always have a beer after a show, but that’s because of thirst. I’m a light social drinker but I love a great red wine with dinner.”

For years the world assumed (go figure) that the Village People – who will headline their first-ever concerts in Quebec City on Dec 7-8-9 – were gay when, in fact, only original cowboy Randy Jones and Felipe Rose are.

“I don’t think I’ve made a point of being ‘openly gay’ – I’m just secure,” Felipe explains. “I don’t sit on TV and talk about it. I’ve never done interviews for Out Magazine or The Advocate. When I speak about myself, I speak in the solo sense. I don’t talk about the group’s private life. We’ve always kept that aspect of our lives quiet and private. I have more straight friends than gay friends and just because Jacques [Morali, the producer who created the Village People] discovered me in a [NYC] gay club, well, it could have been a straight club. My private life doesn’t play a role in what I do on stage. People always tell me, ‘You helped me come out.’ I always reply, ‘You did that on your own.’”

Gay life back in the day seems like it was way more freewheeling. Rose knows firsthand, though, that the gay community paid a price for those glory years: Almost every gay friend he had from that era has died of AIDS, including Jacques Morali.

“I’m still at a loss for words – this horrible disease…” says Felipe. “All I know is what we [Village People] can do. We do charity concerts and AIDS benefits, but I’m exhausted. There’s no end in sight. We’ve lost so many artists and writers and directors clear across the board. I’ve lost almost everybody from that era. So to see the rising HIV [infection] rates freaks me out. I’d be terrified to have a child today. I try not to think too much about it because it makes me upset.”

Village People have sold over 100 million records, are still performing to sell-out crowds around the world, and will headline three Célébration Disco 2012 concerts in Quebec City on Dec 7-8-9.

Says Felipe, “We’ve had a helluva run. My partner says, ‘You’re at the top of your game.’ But another [35] years? No, no, no! Don’t go that far! The next five years are looking pretty nice. Then I’ll look and see if I’ve had enough.”