WILL OSCARS PROVE HOLLYWOOD IS STILL A FOUR-LETTER TOWN?


Bugs' op-ed on the 2014 Academy Awards originally ran in the February 2014 issue of Fugues magazine.

I don’t know how much more I can take of straight film critics and audiences fawning over how brave Jared Leto and Michael Douglas are as straight men for playing, respectively, a transgender woman in the film Dallas Buyers Club and a gay man in the TV movie Behind the Candelabra.

Don’t get me wrong: Both actors played their roles to the hilt onscreen. It’s just the way they’ve acknowledged the accolades offscreen that’s really rubbing me the wrong way.

Lets start with Dallas Buyers Club. Leto’s portrayal of transgender woman Rayon was transcendent, and Matthew McConaughey’s outsized performance as the real-life Texan homophobe Ron Woodroof who loves rodeo, drugs, booze and loose women – and whose chance discovery in 1985 that he has HIV and a T-cell count of 9 – is also worthy of an Oscar.

But, as community activist and six-time Emmy-winning daytime TV writer Patrick Mulcahey recently noted in the Huffington Post, Dallas Buyers Club mindfully erases the fact that it was gay men – and not straight people – who were at the forefront fighting for AIDS drugs.

“What is largely missing is the sense that Ron’s efforts are part of a larger movement,” the New York Times review of Dallas Buyers Club pointed out, while Variety swooned over McConaughey as “a redneck bigot who becomes the unlikely savior to a generation of gay men frightened by a disease they don't yet understand.”

Really? That’s not how I remember it.

Au contraire, it was the LGBT community that saved everybody else’s ass.

But that is also my point: Dallas Buyers Club is a movie that should have been made 25 years ago – and with a gay hero as the main character – but that this film could only be made today with a straight hero tells you everything you need to know about commercial filmmaking in Hollywood.

Like I have long said, Hollywood is a four-letter town.

Steven Soderbergh faced the same hurdles in Tinseltown when he made Behind The Candelabra, the award-winning docudrama about Liberace.

It was in Montreal, of course, back in 1944 that a publicist at the old Mount Royal Hotel changed the name of Walter Liberace (pronounced Lib-ber-ayse) to the more showbiz Liberace with a hard-c Italian pronunciation. At the time Liberace was being paid $350 a week to play at the Mount Royal Hotel’s famed Normandie Roof  ballroom. He left Montreal a star and would go on to reign over Las Vegas for the next four decades like the fabulous queen he was.

“Lee loved hanging out with the chorus kids,” says my friend Michael Doughman, who got his start in Vegas in 1970 dancing one season for Ann-Margret before moving on to the Folies Bergeres for the next seven years. “I never went to his house, but I did meet [his lover] Scott [Thorson] who I really think was fond of Lee.”

A quarter-century after Liberace died of an of AIDS-related illness in 1987, Soderbergh directed Behind The Candelabra which also stars Matt Damon as Scott Thorson. Liberace and Thorson embarked on a secretive love affair in the summer of 1977, and the film takes a behind-the-scenes look at their tempestuous relationship, from their first meeting backstage at the Las Vegas Hilton to their bitter and public break-up. 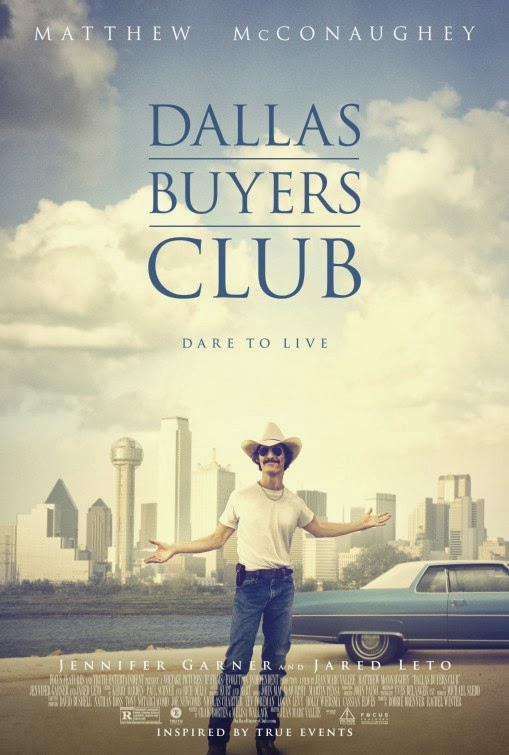 The film turned out to be a huge success – it premiered at the 2013 Cannes Film Festival and went into wide release in the U.K. when I was in London last June – except when Soderbergh originally shopped the film around in Hollywood, not one studio was interested.

Like Soderbergh said at a press junket press roundtable to promote the film last year, “Nobody would make it. We went to everybody in town. They all said it was too gay. And this is after Brokeback Mountain, by the way, which is not as funny as this movie. I was stunned: It made no sense to any of us. This movie is a magnet for attention. The whole package looked [to HBO] like a slam dunk, [but] the studios didn’t know how to sell it. They were scared.”

When Douglas stepped onstage to accept his Best Actor Emmy, he memorably said to his co-star Matt Damon, “This is a two-hander and Matt, you’re only as good as your other hand. You’re magnificent and the only reason I’m standing here is because of you. You really deserve half of this. So do you want the bottom or the top?”

I actually thought Douglas’s Emmy acceptance speech was humourous, but when he won a Best Actor award at the 2014 Golden Globes, I cringed. In his Golden Globes acceptance speech he recalled his reaction when Soderbergh first approached him on the set of Traffic, to play the role of Liberace. “Being the paranoid actor that I was, I thought maybe I was mincing a little bit in the part that I was doing,” Douglas said.

Now, it’s true that Liberace did, in fact, mince, and acknowledging that is not a crime. But Douglas sounded more worried about what others thought about his own acting and body language.

Fortunately we won’t have to listen to more of this crap from Douglas at the Oscars. However, we will likely have to deal with Jared Leto and Matthew McConaughey, who are, respectively, nominated for Best Supporting Actor and Best Actor for their roles in Dallas Buyers Club.

When Leto and McConaughey accepted their 2014 Golden Globes best acting awards, they were roundly criticized by LGBT activists and pundits for their insensitive and self-congratulatory acceptance speeches that – unbelievably – not once mentioned the word AIDS.

Leto bragged that his “tiny little Brazilian bubble butt was all mine” – which is fine, because we all love a fabulous ass.

But Leto totally blew it when he said, “It was a very transformative role. I had to do a lot of things to prepare. One of the things I did was wax my entire body, including my eyebrows. I’m just fortunate it wasn’t a period piece so I didn’t have to do full Brazilian.”

Then as an afterthought Leto thanked “the Rayons of the world.”

While we cannot expect actors like Leto and McConaughey to transform into activists offscreen, I also think after portraying these transformative roles in Dallas Buyers Club that Leto and McConaughey should at least prepare a sensitive acceptance speech. After all, when the Oscars will be presented in Hollywood on March 2, over 1 billion people worldwide will be watching the ceremony and Leto and McConaughey will have a unique opportunity to remind everyone that HIV and AIDS is still a reality for tens of millions of people around the world today.

It’s true that homophobia in Hollywood is alive and well. But for one night, Leto and McConaughey may have the chance to step up to the plate and prove that Hollywood isn’t just a four-letter town.